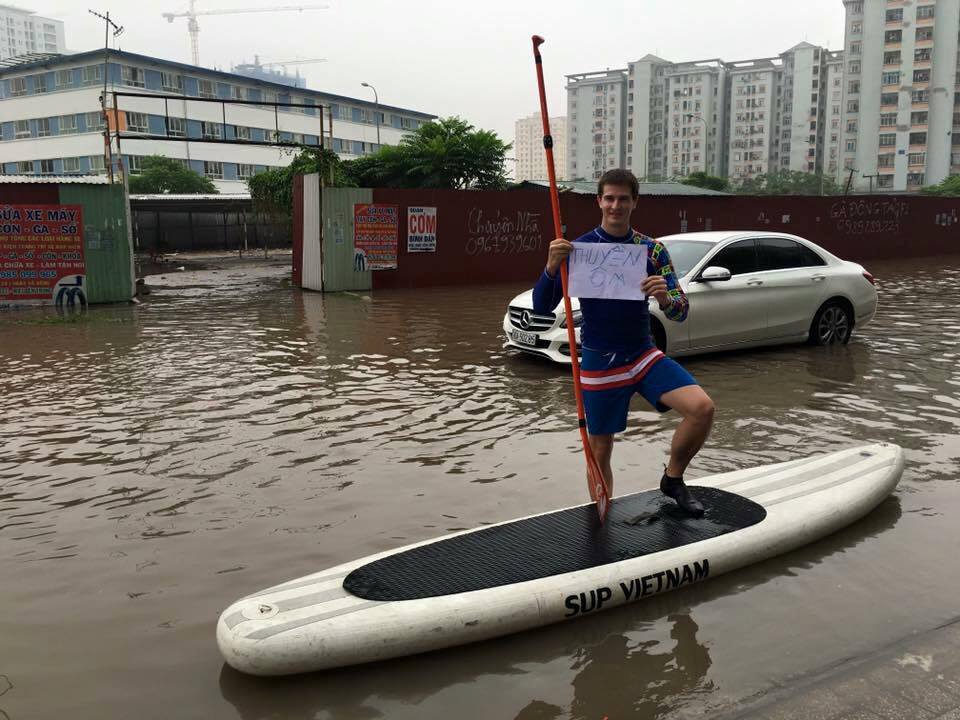 After heavy rains deluged Hanoi earlier this week, a foreign man introduced a new means of transportation to give locals a lift across the city’s inundated streets.

Photos and video clips of the man on a paddle board coasting along a flooded street went viral on Wednesday, after motorbikes and cars became almost useless after the road turned into a river.

In the video, the man excites locals stuck on the street by paddling along with a banner that reads ‘thuyen om,’ or paddle board taxi.

‘Xe om,’ or motorbike taxis, may be useful during the dry season, but once streets turn into rivers, a ‘thuyen om’ does not seem a bad choice.

The boatman was quickly identified as Alex Okulovskyi, a Russian residing in Hanoi who is also member of a local stand up paddle boarding club.

The ‘thuyen om’ idea was merely a fun one meant to reduce stress for those stuck on the flooded street.

While Okulovskyi had seen streets in Hanoi become canals many times, it was the first time had he tried stand up paddle boarding on the street.

The Russian said he wanted to encourage people to look to the bright side in any situation.