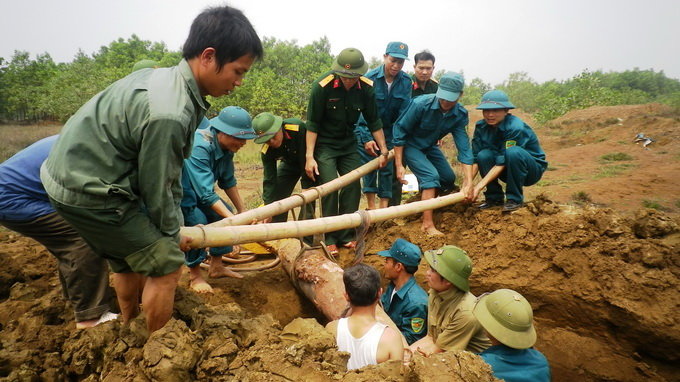 All 63 provinces and municipalities of Vietnam are still left with explosive remnants of the war that ended more than 40 years ago, the country’s mine action center said on Thursday.

The information was mentioned at a development partnership conference on mine action in Hanoi, hosted by the National Steering Committee for the National Action Plan on Overcoming Bomb and Mine Aftermath.

The conference followed the inauguration of the headquarters of Vietnam National Mine Action Center (VNMAC).

Fifty thousand Vietnamese civilians have lost their lives and more than 60,000 others injured in accidents related to unexploded ordnance across the country since the end of the American War in Vietnam 41 years ago, Deputy Minister of Defense Col. Gen. Nguyen Chi Vinh said at the conference.

Approximately 6.1 million hectares of mainland Vietnam are still contaminated with the explosive remnants, which are estimated to cost multimillion U.S. dollars to be completely eliminated.