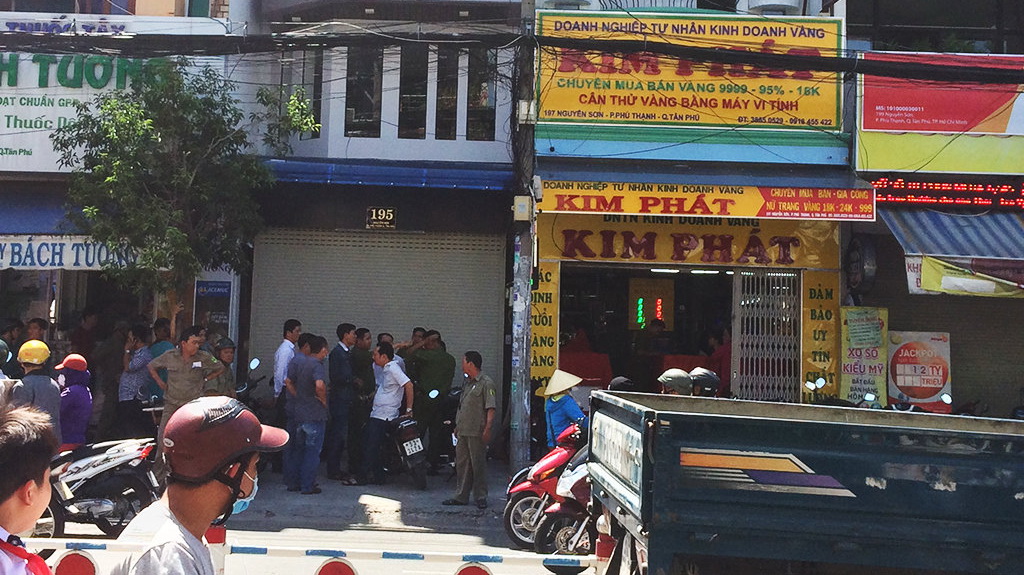 An unidentified man on Wednesday morning threatened to blow up a gold shop in Tan Phu District, Ho Chi Minh City if his demand for VND200 million (US$8,930) was not met.

The man, reportedly in his 40s and wearing a facemask, entered Kim Phat gold shop on Nguyen Son Street in the district at around 9:30 am on Wednesday and demanded the sum, threatening to explode the shop otherwise.

Refusing to comply with the request, the shop attendants then engaged in a struggle with the man.

The man eventually left, but only after leaving behind a plastic bag containing an unidentified liquid.

Police, and a fire truck have responded to the site, and tests are being carried out to determine the nature of the liquid.