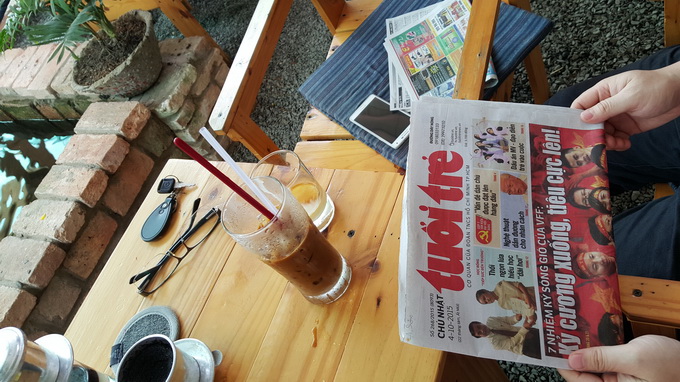 -- The People’s Committee of District 1 in Ho Chi Minh City on Wednesday put an automatic public toilet cabin system under the ASEAN Public Toilet Standard into operation. The 2.2-square-meter cabin at 116 Nguyen Du Street features a solar panel on its top and costs around VND250 million (US$10,951).

-- Deputy Prime Minister Trinh Dinh Dung has urged the Ministry of Transport to submit a proposal on the project to expand Ho Chi Minh City’s Tan Son Nhat airport to the prime minister for approval within next week.

-- Police’s initial investigation shows that explosives blew up a sleeper bus traveling in the northern province of Bac Ninh late Tuesday. The accident killed 2 and injured 14.

-- The Vietnamese Ministry of Finance wants to tax foreign websites such as Agoda.com, Booking.com, Hotels.com, and others.

-- Vietnam will start offering doctorate courses on Buddhism studies for the first time, with the launch of Tran Nhan Tong Academy in Hanoi on Wednesday. The academy operates as a research center and higher education institution under the Vietnam National University – Hanoi.

-- Ho Chi Minh City’s wholesale markets which open from night to morning should be made tourist attractions, Tran Vinh Tuyen, deputy chairman of the municipal People's Committee, proposed at a recent meeting with the management board of the city’s three major wholesale markets Binh Dien, Hoc Mon and Thu Duc.