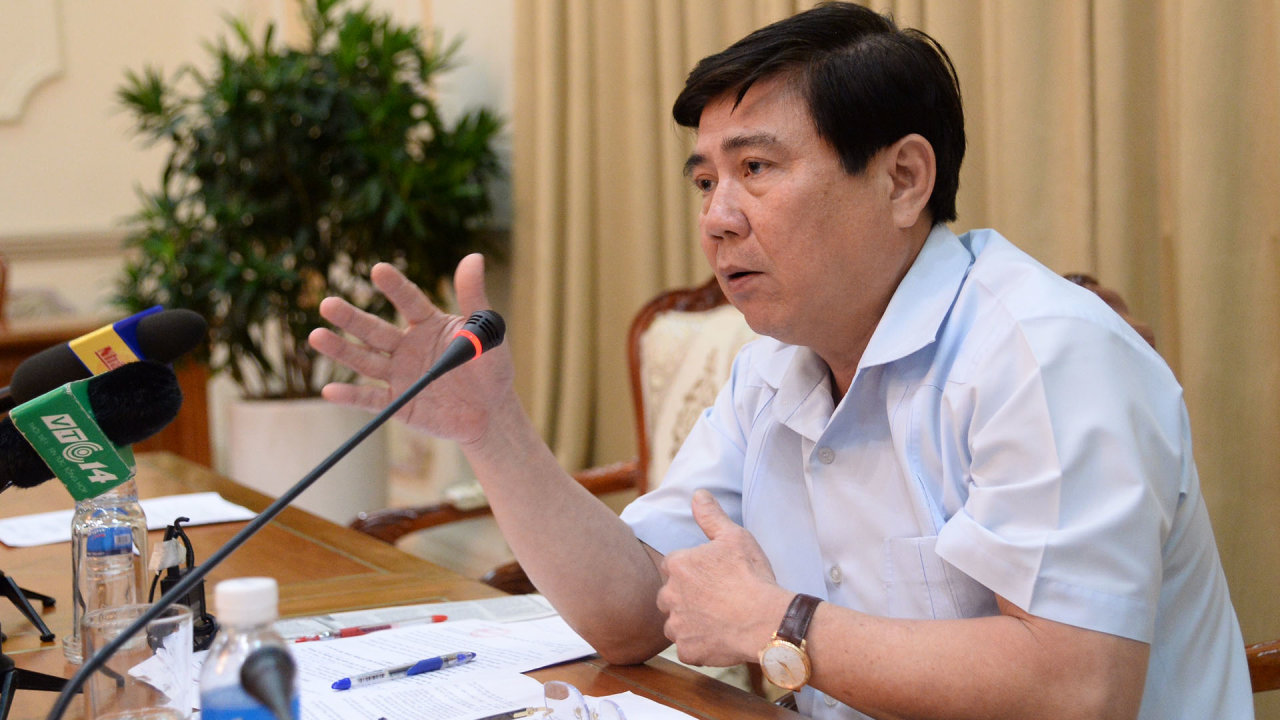 The chairman of the municipal People’s Committee on Wednesday afternoon convened a meeting with authorities from each of the city’s 24 districts to discuss the ongoing ‘sidewalk reclamation’ campaign.

Phong set an objective to re-establish order on all promenades across the southern metropolis within the year and said district leaders must take the effort seriously, adding that those who fail to protect public space on sidewalks and roadways should resign.

“If you cannot complete this task, what else can you do?” Chairman Phong asked.

At the gathering, Nguyen Ngoc Tuong, deputy head of the city’s Traffic Safety Committee, stated that the city’s sidewalks span a total of 2,000 kilometers.

About 800 streets have footpaths over three meters wide, while approximately 1,500 routes have less than three meter wide pavements, Tuong continued.

Reclaiming the public space poses several challenges to authorities, including uncooperative residents and threats of violence, the official stated.

According to Pham Quoc Huy, chairman of District 5, local authorities must use a firm hand to permanently deal with the illegal sidewalk occupancy endemic.

Those who do not comply with the enforcement shall be subject to obstruction charges, Huy stated.

District officials have also been dispatched to local wards to monitor sidewalk clearing operations and prevent officers from going easy on violators or accepting bribes.

Le Hoa Binh, chairman of the People’s Committee in District 7, stated that similar measures have been applied in his district to better manage the ongoing effort.

An officer in District 3 deals with a shop which infringes on the sidewalk. Photo: Tuoi Tre

Most districts have been applying a similar process in which violators are first warned and reminded of their violations.

Those who choose to ignore officers and continue to encroach on public sidewalks are handed stern penalties.

Regarding street vendors, Hua Thi Hong Dang, chairwoman of Tan Phu District, proposed that an 800 square meter piece of land be preserved for street vendors in the area.

Meanwhile, leaders of outlying districts suggested that convenient stores be built to meet the shopping and eating demands of factory workers, thus reducing their dependence on street food.

These leaders say that citizens living along busy streets will be encouraged to open such stores in order to supply residents in their neighborhoods.

At the meeting, Colonel Tran Duc Tai, deputy director of the municipal Department of Police, reported that 35 pedestrians were killed and 15 others were injured by traffic accidents in 2016, many of which were attributed to hazards brought about by the illegal occupancy of footpaths.

Col. Tai added that such violations have directly influenced the well-being of local residents and tourists.

However, the police official agreed that instead of banning street vendors from operating, they should be given a proper location to earn their living and those who fail to operate within the appropriate zone should be sternly punished.