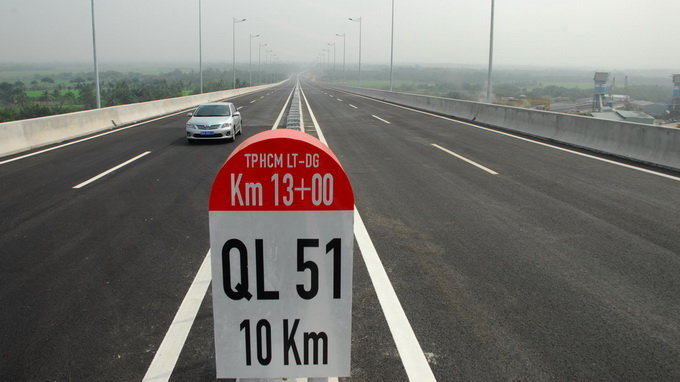 Data collected from 68 surveillance cameras along the Ho Chi Minh City-Long Thanh-Dau Giay expressway in southern Vietnam will be analyzed by a control center for real-time analysis of traffic situations.

The center will incorporate an intelligent transportation system (ITS) to monitor traffic on the 55-kilometer expressway, which runs from the southern metropolis through Long Thanh Town, Dong Nai Province, to Dau Giay Town.

Set to be launched on Friday, the center will be connected to a network of 68 surveillance cameras which will provide accurate information regarding the flow of traffic as well as any emergency, according to Do Chi Trung, chief of office at Vietnam Expressway Corporation (VEC).

All data retrieved from the cameras will be displayed on monitors at the ITS control center, where they are monitored 24/7, Trung said.

The center will also work closely with local authorities and medical services to provide timely response to emergencies happening on the expressway.

Variable-message signs installed along the expressway will be connected to the center, providing drivers with helpful information regarding weather conditions and the status of the remaining part of the expressway.

Footage from the surveillance cameras will be used to penalize drivers who violate traffic laws while moving on the expressway.

According to VEC, the Ho Chi Minh City-Long Thanh-Dau Giay expressway will have been used by 30 million vehicles since its opening in 2014, by the time the center is launched.

The expressway currently serves between 37,000 and 40,000 vehicles daily, with nearly double that number during peak seasons.