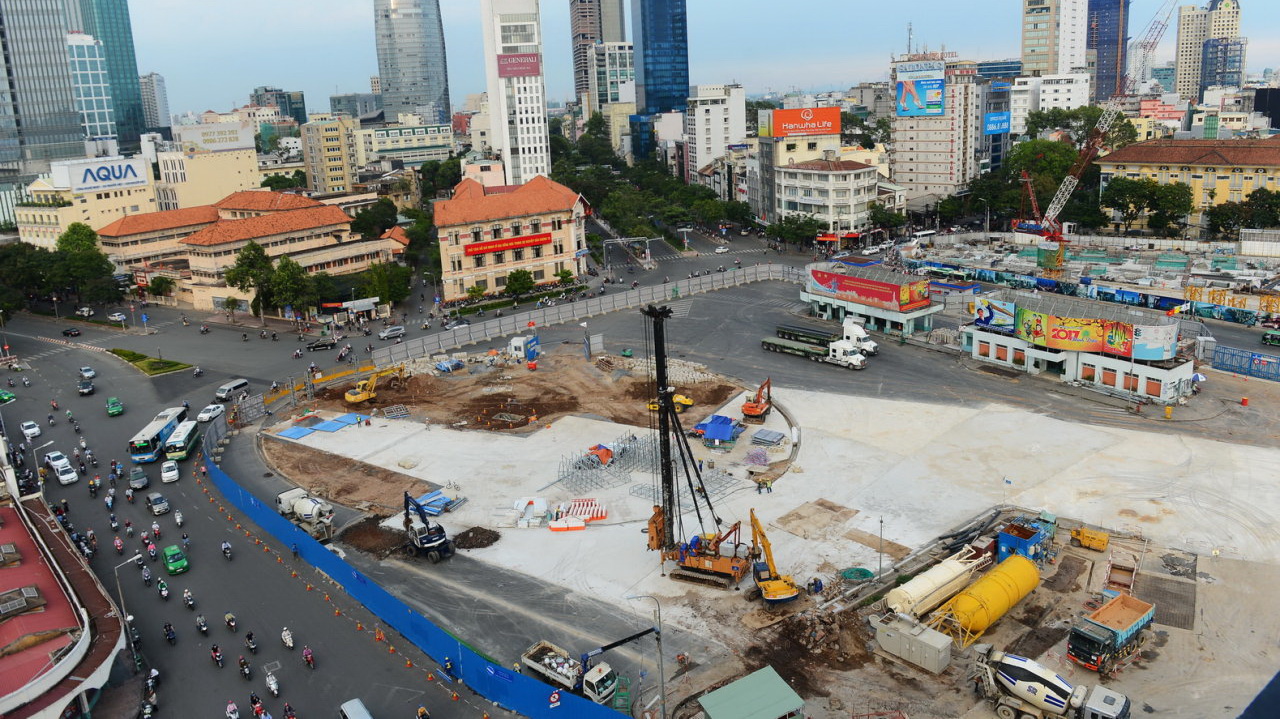 A number of streets near Ben Thanh Market in District 1, Ho Chi Minh City have been re-routed to clear the site for the ongoing construction of the city’s first metro line.

The announcement was made by the municipal Department of Transport.

Starting Sunday, the entire cross-section of Nguyen Trung Truc Street in District 1 delimited by Le Loi and Luu Van Lang Streets will be off-limits to all vehicles.

Exceptions are made only for those living inside the affected area.

Parts of Le Loi Street will also be fenced off for the construction.

To go the other way, Pasteur and Le Thanh Ton Streets are to be taken, according to the new guidelines announced by the transport department.

The southern metropolis’ first metro line, which runs 19.7 kilometers between Ben Thanh Market in District 1 and Suoi Tien Theme Park in District 9, is expected to be completed in 2020.

Launched in 2012, the line costs an estimated VND47.325 trillion (US$2.17 billion), most of which comes from Japan’s official development assistance.