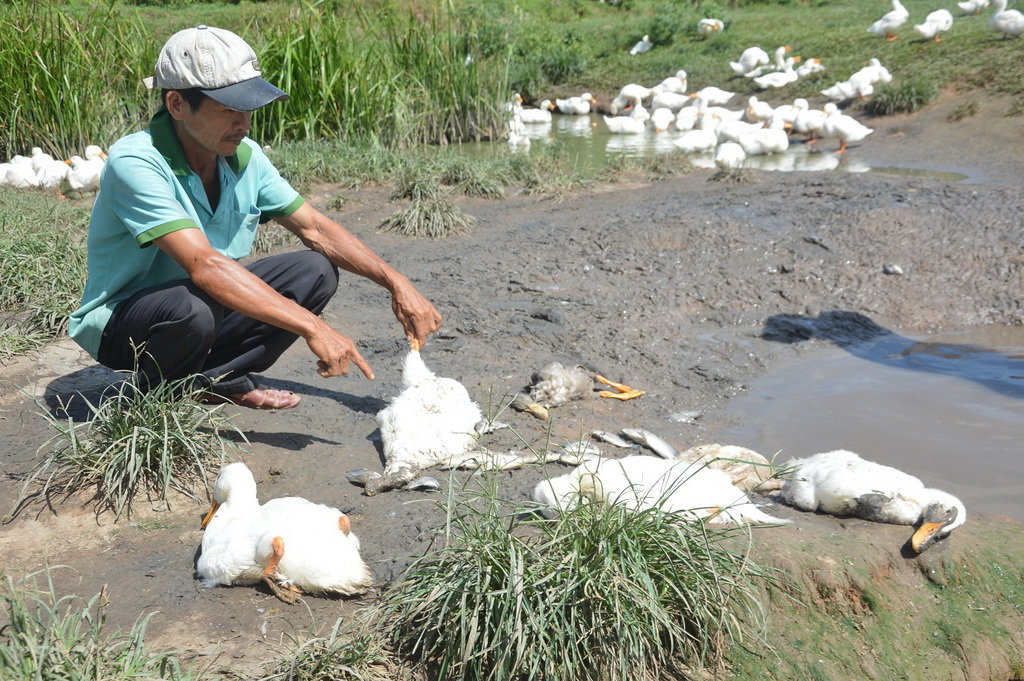 Countless farm-raised ducks and fish from a village in the central Vietnamese province of Quang Nam have been found dead overnight, with the cause yet to be concluded.

The deaths were discovered on Tuesday morning in a section of a stream in An Chanh Village, Dai Tan Commune, Dai Loc District.

After finding out about the mass deaths, local residents gathered at the People’s Committee headquarters in Dai Tan to report the situation.

Ho Minh Hoang, a duck farmer in the area, recalled that he had noticed the water turning opaque as well as an unpleasant odor on Monday night.

“I could not sleep the entire night worrying that my ducks would be affected by the changing water environment,” Hoang said, adding that 30 of his animals were found dead the following morning.

At the two farms of Truong Toan and Vo Ngoc Anh, the number of dead ducks was over 50.

Dozens of other farmers in the village have also suffered the same fate, while a large number of fish went belly-up.

According to local residents, a similar incident occurred in the neighborhood about two months ago, causing heavy losses for farmers.

“The upstream section is seven kilometers from the scene of mass deaths,” Do Son Ha, deputy chief of An Chanh Village, said. “People have been blaming the activities of an upstream alcohol factory for the fatalities.”

Truong Van Huan, deputy head of the Office of Natural Resources and Environment in Dai Loc District, confirmed on Tuesday evening that relevant authorities have been probing the case.

“We will take the water samples for testing. No conclusion has been announced,” Huan elaborated.