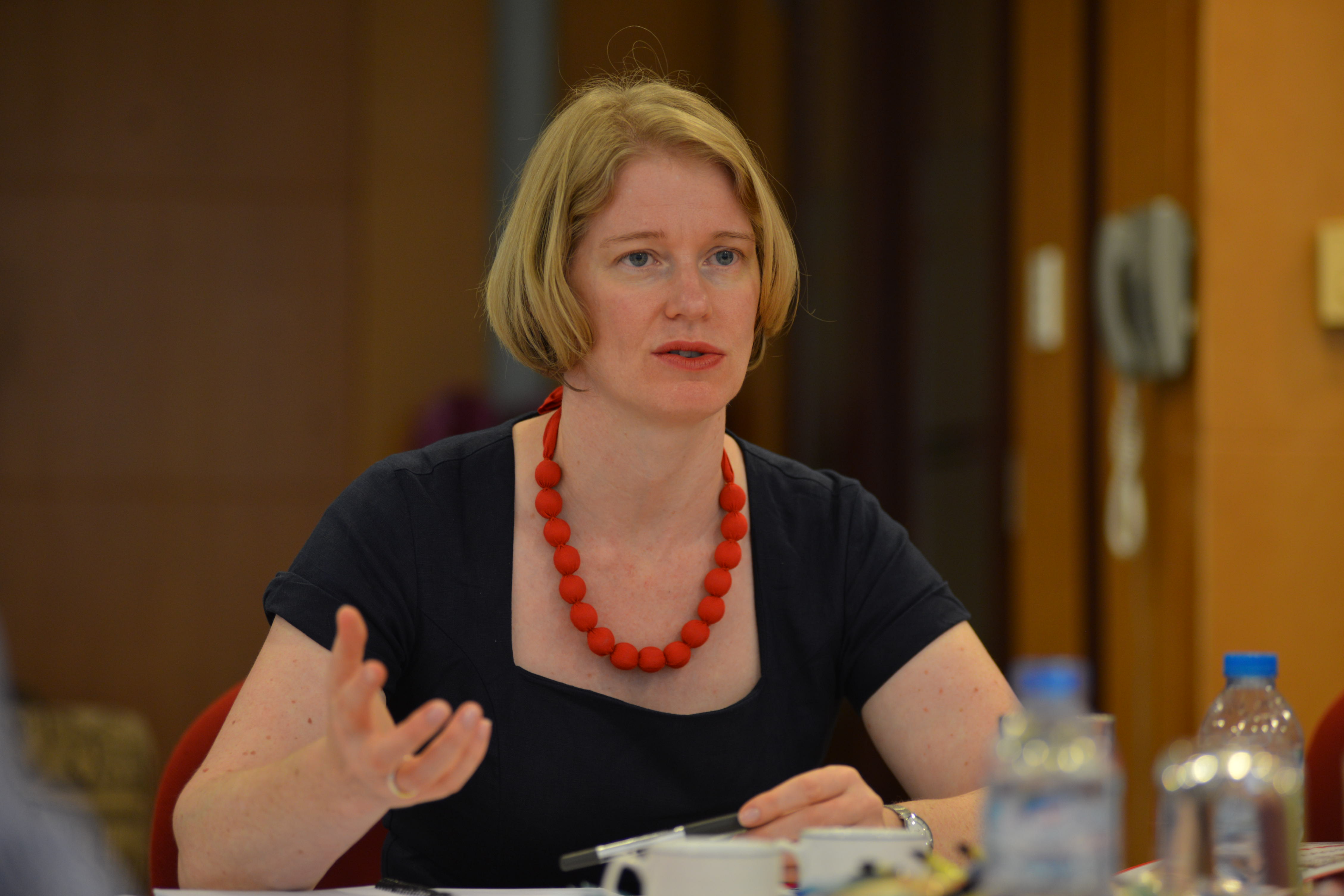 New Zealand’s Ambassador to Vietnam paid a visit to Tuoi Tre (Youth) newspaper earlier this week, where she discussed the local media landscape and initiatives to further cooperation between the two countries with the publication’s leaders.

Ambassador Wendy Matthews, who arrived in Hanoi for her new post at the New Zealand Embassy in December 2016, was received by Tuoi Tre deputy editor-in-chief Le Xuan Trung at the newspaper’s head office in Ho Chi Minh City on Tuesday.

Matthews said she wants to study the media landscape in Vietnam and hoped for insight from Tuoi Tre, which she views as one of the most successful newspapers in the Southeast Asian country.

The ambassador asked how Tuoi Tre has responded to the global shift from print to digital.

In response, Trung admitted that while Tuoi Tre is the number-one newspaper in print media, its online publication is still developing and ranks lower than some local peers.

The deputy editor-in-chief admitted that the daily’s print sales are dropping and Tuoi Tre is investing heavily in its online platforms.

On September 2, the 72nd anniversary of Vietnam’s National Day and the 42nd birthday of Tuoi Tre, the newspaper’s online publication, tuoitre.vn, will unveil its redesign as part of a master plan to enhance its performance and ranking, Trung added.

The Tuoi Tre leader also asked Ambassador Matthews if she could share with them how media outlets in New Zealand have dealt with the shift.

The guest said the situation of slumping print sales is no different in her country, adding that New Zealand media agencies and newspapers are also struggling to adapt to the changes.

Ambassador Matthews also sought recommendations from Tuoi Tre as to how New Zealand can introduce itself better to the Southeast Asian country.

"New Zealand is known to most Vietnamese as a far-flung nation with a lush green environment and good education system…and as 'the birthplace of the Hobbits,'” the ambassador joked, adding that she is seeking ways to help local Vietnamese learn more about her country.

Trung said New Zealand is now a popular destination for Vietnamese students to study abroad and suggested that the Kiwi government and embassy in Hanoi hold more culture, tourism, and exchange programs to promote its image to Vietnam.

“Tuoi Tre is more than willing to cooperate with the New Zealand government and embassy to organize these activities,” Trung underlined.

Ambassador Matthews appreciated the offer from Tuoi Tre, adding she can help connect the newspaper with journalism programs and scholarships offered by the New Zealand government.