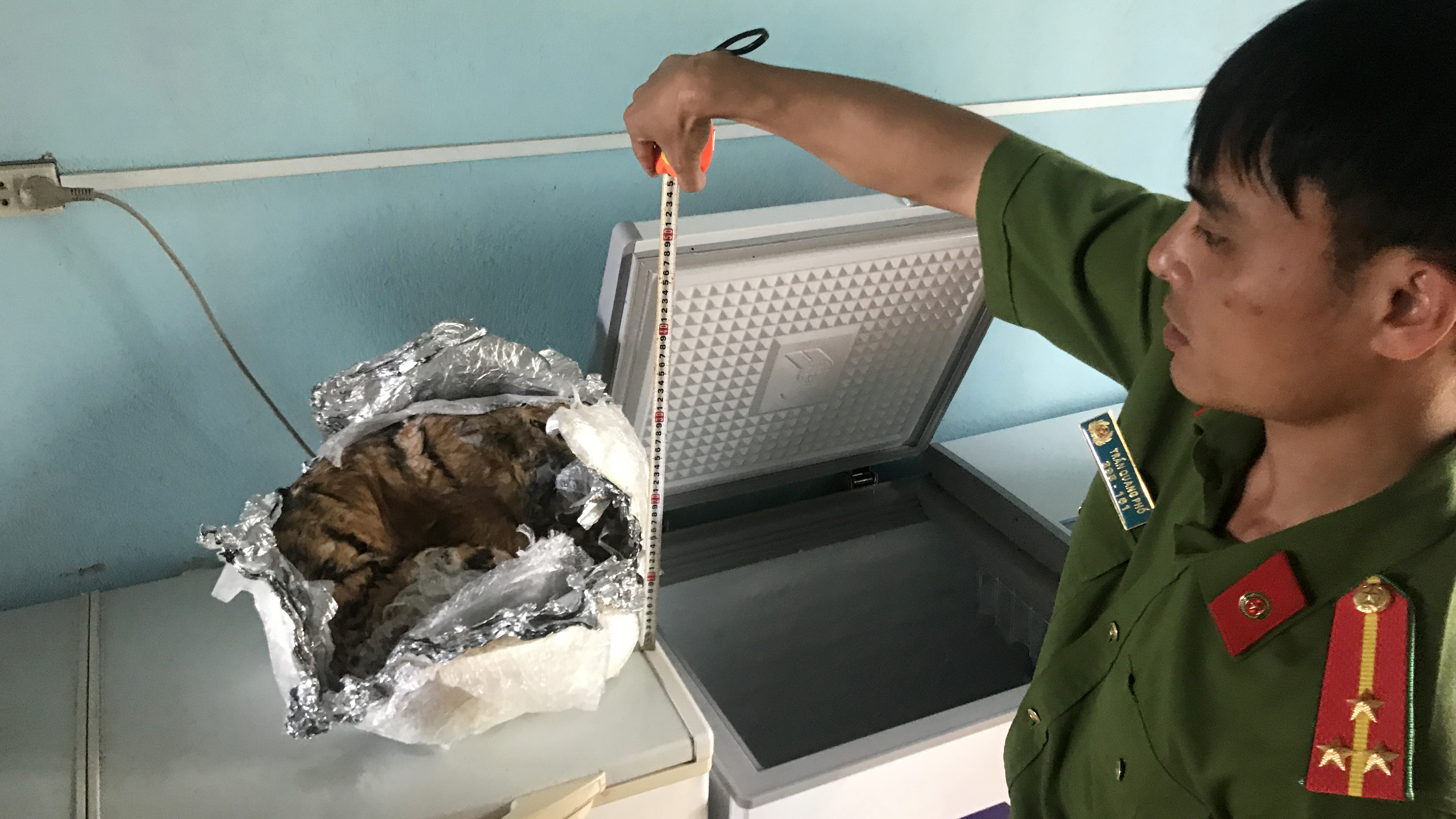 Officers in Lam Dong Province, in Vietnam’s Central Highlands, have found the bodies of two baby tigers at one local business, of which one was stored in the freezer while another was infused in wine.

Environmental units under the provincial Department of Police carried out a raid on Huy Hoang 2, a furniture business in Phu Hoi Commune, Duc Trong District, on Tuesday morning.

At the facility, owned by Vo Anh Huy, 32, officers discovered the bodies of two tiger cubs, of which one was soaked in a large tank of rice wine, while the other, weighing about nine kilograms, was kept in the freezer.

Officers from the local police department, the People’s Procuracy, and forest protection department, later arrived at the house to assist.

The two dead animals were confiscated and the case was transferred to the police station in Duc Trong District for further investigation.

Initial statements reveal that Huy had bought the baby tigers for personal use as well as to give as a gift to others.

In Vietnam, it’s a commonly held belief that infusing animals such as snakes and scorpions will create a drink with various medicinal qualities, including improving virility.

The poaching, transportation, and trading of endangered wild animals is outlawed.

Offenders face up to seven years behind bars, according to the country’s Penal Code.