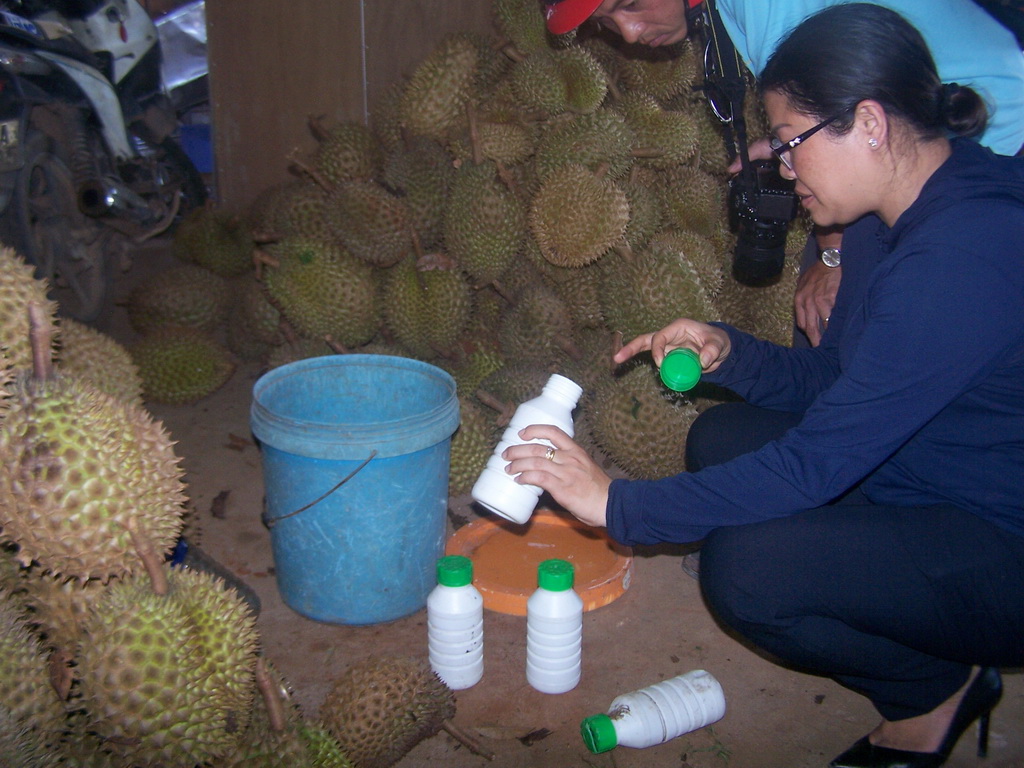 Police inspected a durian wholesaler in Kon Tum Province in Vietnam’s Central Highlands region on Monday and caught its employees in the act of soaking the fruit in a ripening agent.

According to police reports, employees at Tuyet’s durian collection point were found soaking the fruit in a bucket of smelly yellowish chemicals.

Four empty and unlabelled bottles that were allegedly the chemical containers were also found at the site.

Tuyet confessed to the police that the chemical was a toxic fruit ripening agent that she had bought without knowledge of its origin.

Durians soaked in this agent ripen in about two days, saving time and money, while increasing the fruit's value on the market, Tuyet said.

According to the owner, the batch of durians – weighing two metric tons in total – were set to be distributed to smaller retailers in Kon Tum and Hanoi after undergoing the artificial ripening.

Kon Tum police booked the violation and confiscated all the durians to be publicly destroyed.

“However, to catch them red-handed is a tough task,” Hoa said.