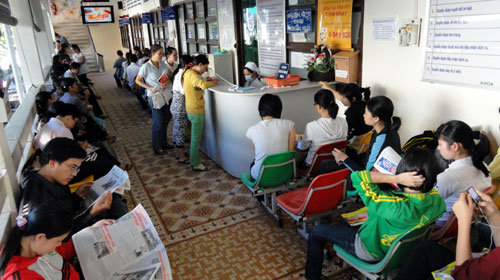 Nearly 40 percent of unintended pregnancies in Vietnam are due to failed contraception, as people’s lack of knowledge about birth control continues to diminish the country’s efforts to reduce abortion.

The figure was announced at a seminar on the benefits of contraception, held by the Ministry of Health in Hanoi on Tuesday.

Between 250,000 and 300,000 abortions are completed across Vietnam every year on average, according to official reports, with the actual number of abortions, including those conducted illegally at private facilities, estimated to be much higher.

Vietnam ranks first in Asia for abortion, and remains among the countries with the highest abortion rates in the world, the ministry said, citing data from the World Health Organization.

According to Mai Xuan Phuong, a family planning official from the Ministry of Health, the average age of people’s first sexual intercourse experience in some countries, including Vietnam, has dropped in recent years.

There have been stories of young girls in Vietnam taking morning-after pills frequently and over a long period of time, despite the pill being designed as an emergency or ‘plan-B’ option that should only be taken once or twice a month, Phuong said.

The abuse of contraceptives like this can lead to endocrine disorders and negatively impact their ability to get pregnant in the future, he explained.

Tu Du Hospital in Ho Chi Minh City – the city’s leading maternity hospital – handles some 150 abortions on a daily basis, and a similar number is reported at Hung Vuong Hospital in District 5.

Dr. Hoang Thi Diem Tuyet, director of Hung Vuong Hospital, said the hospital had handled a total of over 15,000 abortions last year, and a further 7,000+ cases in the first six months of 2017.

Most women seeking an abortion are girls between 18 and 25 years of age, Tuyet said, with some having undergone the procedure two or three times, or even six in one example.

Experts put the blame on Vietnam’s misguided approach to sex and contraception education, which primarily focuses on deterring youths from having sexual intercourse rather than teaching them how to have safe sex.