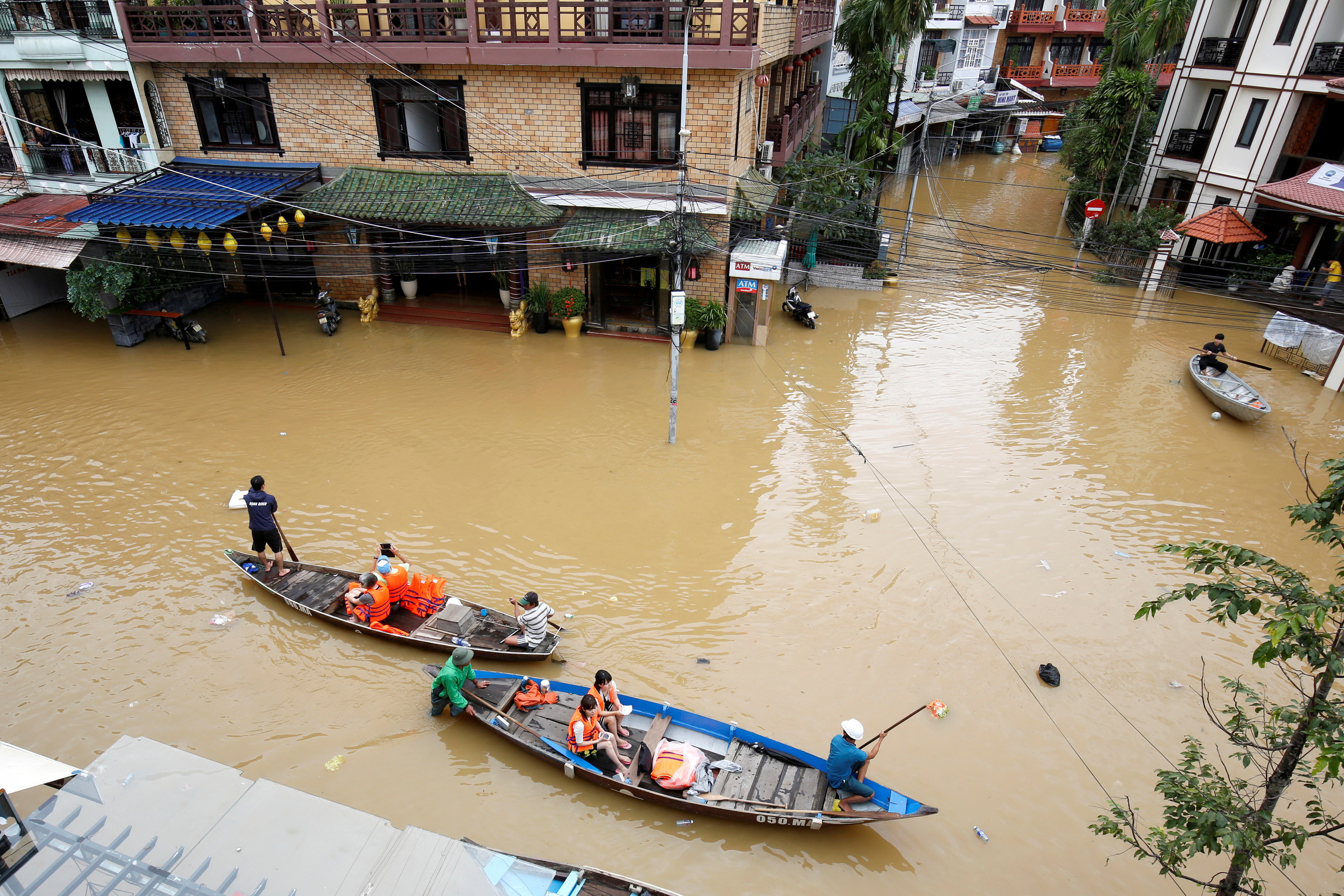 As of Wednesday, 106 people were known to have died because of the year's 12th major storm, which struck on Saturday, leaving 25 missing and 197 injured, the country's search and rescue committee said.

Authorities said vigorous efforts were being made to avoid flooding around the central city of Danang, which will host U.S. President Donald Trump, China's Xi Jinping and Russia's Vladimir Putin among Asia-Pacific leaders at this week's summit.

Water was being released from at least 49 reservoirs that were dangerously full, the Steering Committee for Disaster Prevention said, with levels at major reservoirs being constantly monitored.

As much as 1,700 mm (67 inches) of rain was recorded at one weather station in the week to Monday. Rain is expected to continue until Wednesday before slackening off on Thursday.

Meetings of the Asia Pacific Economic Cooperation (APEC) grouping began on Monday, with Trump, Xi and Putin due to join other regional leaders at the main event on Friday and Saturday.

The rain has not disrupted the meeting schedule, but the leaders' spouses may not be able to make an excursion to the UNESCO heritage town of Hoi An planned for Saturday.

Vietnam's long coastline makes it prone to destructive storms and flooding. Floods killed more than 80 people in the north last month, while a typhoon wreaked havoc in central provinces in September.

The storm hit a key coffee-growing region of the world's biggest producer of robusta coffee beans near the start of the harvest. But farmers in Daklak, the heart of the region, said the damage was limited.