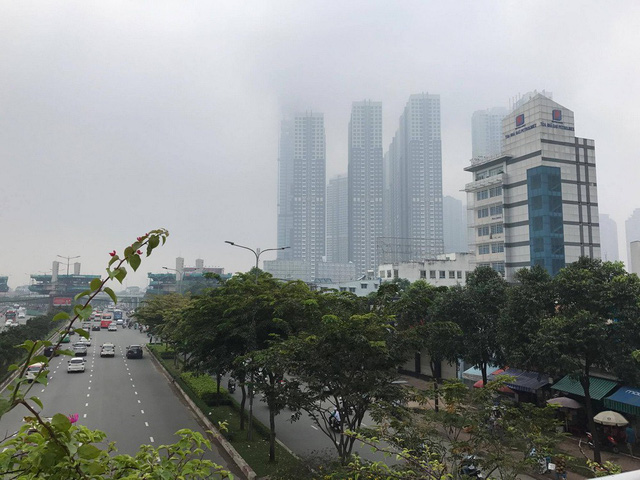 Ho Chi Minh City commuters were stunned to see streets covered by a fog in the early hours of Wednesday morning.

Following rain in several parts of the southern metropolis overnight, the mist and cool temperatures combined to make conditions similar to those seen regularly in Da Lat.

High-rise buildings in the city’s downtown area could hardly be seen from less than a kilometer away because of the thick fog, and driver’s visibility was significantly reduced.

“Humidity in the city was intensified due to last night’s rain,” Quyet told Tuoi Tre (Youth) newspaper on Wednesday.

“The high humidity combined with low temperatures in the morning resulted in the fog.”

Quyet said the foggy weather conditions are forecast to continue in the city for the next few days, creating low visibility for drivers.