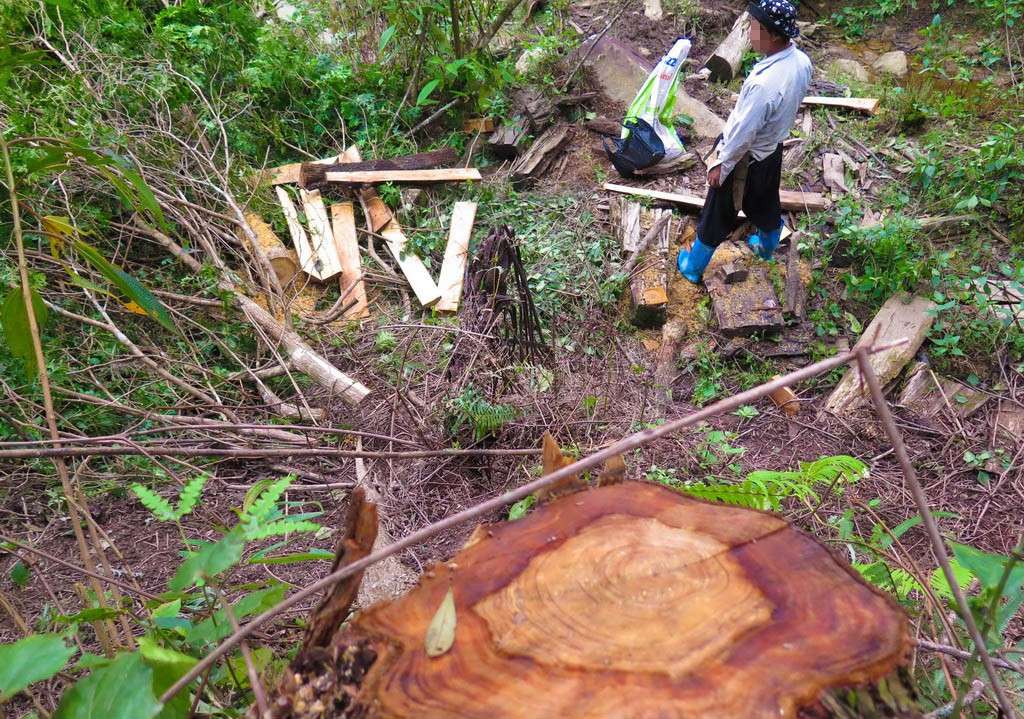 ​Wood from forests in northern Vietnam secretly sold to China

Wood products sourced from forests in the northern Vietnamese province of Yen Bai have been discovered being sold to China.

A probe by Tuoi Tre (Youth) newspaper has revealed that timber taken from Fokienia trees in forests in Yen Bai, had been turned into various wood products before being transported to China.

On the afternoon of October 26, Tuoi Tre reporters arrived at the facility of a woman named Thuy in Tram Tau District, where a passenger bus was waiting to receive shipment for transportation.

Several of her employees then loaded about 200 kilograms of Fokienia wood beads onto the vehicle.

The wood beads, often used for making mats and car seat covers, were contained in multiple bags of fish feed.

The passenger bus then picked up several passengers before delivering the products to two men named Tien and Thich.

He explained that he sometimes transported logs of timber at much higher rates due to the risk of being caught.

“It’s best to make the delivery at night. I have made countless journeys without being discovered by the authorities,” the driver claimed.

According to Thuy, the Fokienia wood was sourced from a forest in Tram Tau District.

Her facility is able to sell dozens of metric tons of wood products without any proper documentation on a yearly basis.

Thuys’ method is to divide the products into small shipments to avoid suspicion from the authorities.

Dong, who owns another facility in Ban Mu Commune, Tram Tau District, said about 80 percent of his wood products were purchased from illegal sources.

Aside from their legitimate employees, the venue also employs underage laborers.

According to the business owner, his facility manufactures hundreds of metric tons of Fokienia wood beads every year.

On rare occasions, Dong also produces wood logs for the building of beds and closets due to the high cost of delivery.

The same buyer also takes care of the delivery and deals with authorities if caught, Dong added.

The products are often kept in bags and boxes weighing 20 to 30 kilograms each, which are disguised as animal feed or instant noodles, he continued.

Tuoi Tre’s reporters later discovered that the wood beads are made into mattress, car seat covers, and bracelets at facilities in Nghia Lo Town.

The final products are then exported to China via border gates in the northern provinces of Lao Cai and Lai Chau.