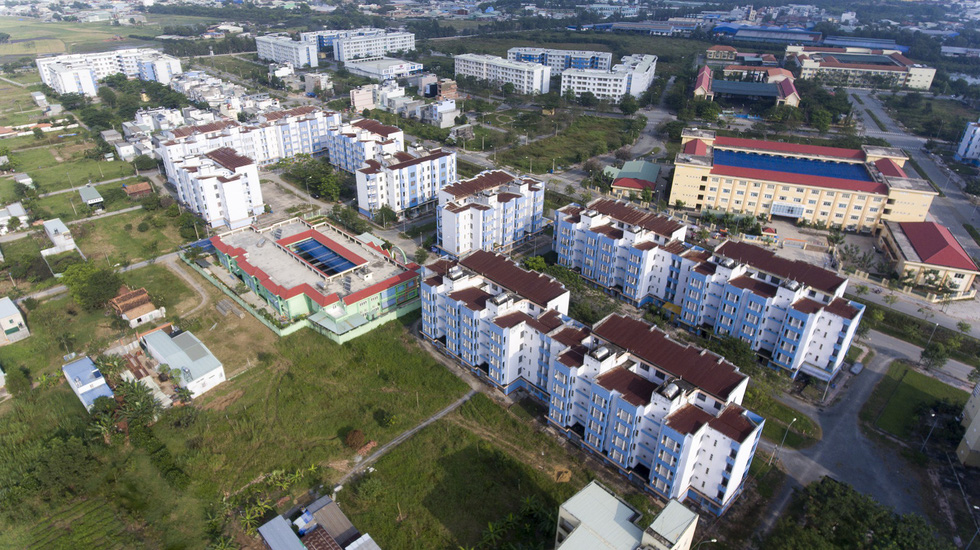 According to the observation of Tuoi Tre (Youth) newspaper reporters, many flats at the Vinh Loc B relocation zone in Binh Chanh District are presently left empty.

Roads leading to the complex have yet to be completed and the unused apartments have degraded.

Would-be residents say they refuse to settle in the apartments due to a lack of proper streets, hospitals, and job opportunities.

They had been displaced from District 1, a central business district, District 6, Binh Tan District, and Tan Binh District to make way for new building projects.

The Vinh Loc B housing area includes 2,000 apartments with a capital investment of over VND1 trillion (US$44 million).

During a survey in Binh Chanh conducted by the municipal People’s Council, local authorities reported that over 1,000 houses built for relocated citizens have been abandoned in the past two to three years.

At an apartment complex on Man Thien Street in District 9, only a few dozen families remain, while others have sold and leased their properties.

Those who stay are generally low-income families unable to pay off the debt on their flats.