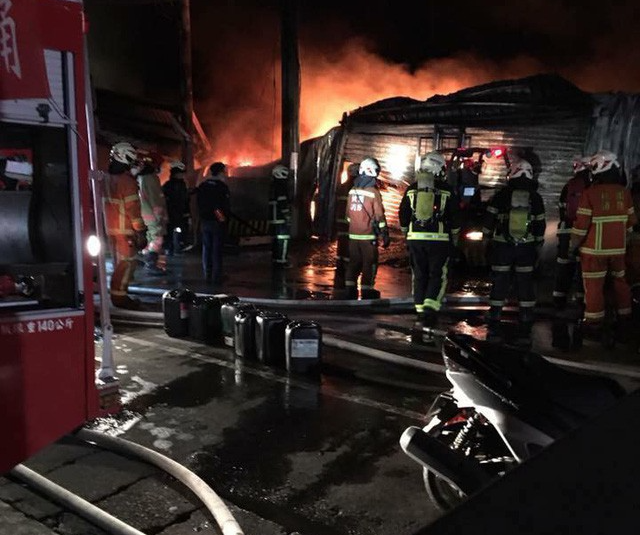 Six Vietnamese workers have been confirmed dead after a fire broke out at dawn at a plastic factory in Taiwan on Thursday.

Five other Vietnamese nationals managed to jump from the second floor to escape from the blaze and have been rushed to a local hospital, according to Taiwanese media.

The raging fire engulfed the Taoyuan-based facility, making plastic parts for use in automobiles and construction, at around 2:00 am and was only extinguished more than four hours later.

Pham Thao Van, a member of the management board of the Trai Tim Yeu Thuong Vietnam charity society on the island, confirmed to Tuoi Tre (Youth) newspaper that rescuers have found the bodies of the six deceased Vietnamese after nine hours of searching the rubble.

The bodies have been taken to a local funeral house, and ADN tests will be conducted to help families and relatives identify them, Thao told Tuoi Tre from the scene.

The five hospitalized are Chau Dinh Vu, Nguyen Huu Hai, Nguyen Van Ngoc, Tran Van Loi and Phan Le Thanh. Of these, only Hai still received intensive care as of Thursday afternoon, the other four have recovered, with three of them already discharged.

Taiwanese media cited firefighters as saying that the fire stemmed from a two-story worker dormitory and licked a warehouse storing sound insulation materials and PET plastics, before spreading to a total area of 1,000 square meters at the factory.

More than 100 firefighters and 43 fire trucks were dispatched to the scene and managed to put out the blaze at around 6:10 am.

Taiwan News said the dorm was illegally constructed, housing 12 Vietnamese workers. One of them was away at the time of the incident.

Taoyuan is a city in northwestern Taiwan, located some 51km from Taipei.​