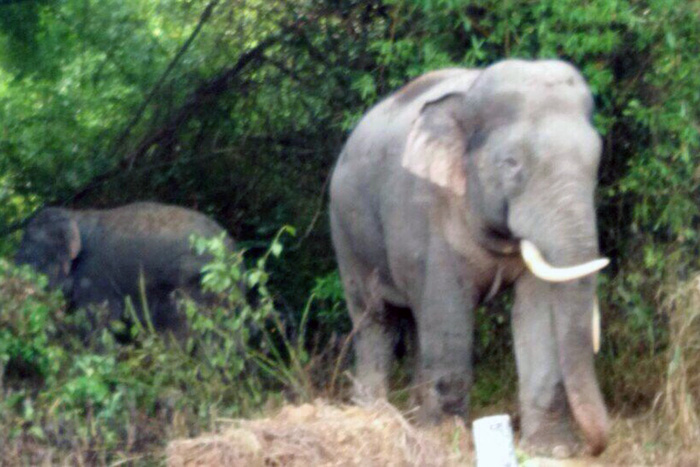 Crop and fruit farms in a southern Vietnamese province have continuously been destroyed by a herd of wild elephants, causing hundreds of millions of dong (VND100 million = US$4,403) in damages.

The wild animals targeted banana, mango, and jackfruit gardens, as well as cashew and cassava farms.

In December, the elephants ‘attacked’ the farms of 27 households for a total of 29 times, causing damage worth hundreds of millions of dong, Chieu elaborated.

Local forest protection officers have been helping residents chase the herd back to the forest.

The elephants have been appearing at an exponential frequency, the officers said.

The giant animals have been attracted to residential areas for food at local farms as well as water and salt.

The provincial Department of Forest Protection tested a 50km electric fence in the area deter the elephants in July, which proved to be effective.

The agency has thus asked the Dong Nai administration to lengthen the barrier by another 20 kilometers following recent incidents.

The fence is powered by solar energy stored in 10 substations, producing electric pulses, each lasting about one-third of a second.

The circuit is strong enough to frighten elephants and should not be lethal to them or humans.

Other projects are being implemented, including the provision of additional food and herbal trees, and the improvement of water resources at local elephant reserves.