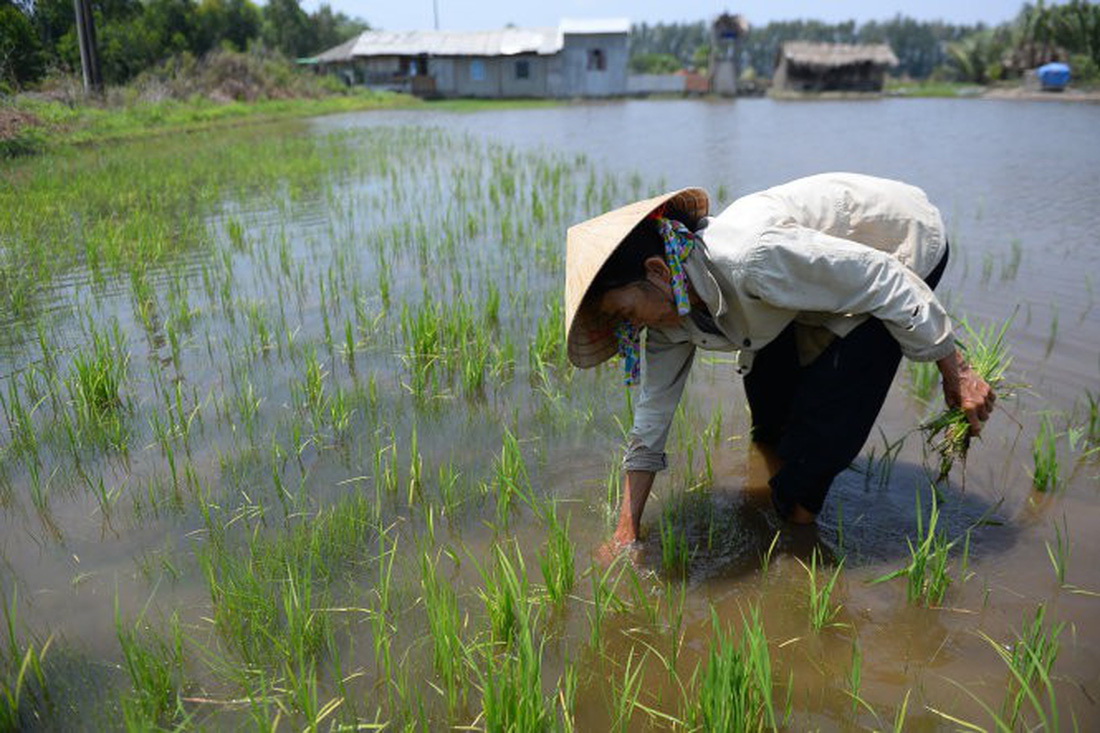 Climate change is costing people their livelihoods, leading to an internal migration crisis in the Mekong Delta of southern Vietnam, studies have shown.

The Mekong Delta is a tremendous area of over 3.9 million hectares, famed for its fertility and contribution to domestic and global agriculture, aquaculture and economy.

This region, hosting thirteen provinces, is also known as Vietnam’s Southern Plains in the local geographical terms, or mien Tay (the West) as the locals warmly call it.

Due to severe climatic impact, however, its 18 million residents are economically at stake, with many internally migrating in the hope of better life.

In the last 10 years, the internal migration rate in the Mekong Delta has been double that of the national average, with 1.7 million leavers and merely 700,000 new settlers.

The Deltas, Vulnerability & Climate Change: Migration & Adaptation (DECCMA) project, a large-scale project aimed at analyzing the impacts of climate change on deltas in Africa and Asia, has backed the argument that climate change leads to internal migration.

Extreme floods, cyclones and hurricanes, erosion and degradation of soil have been proved to pose gigantic challenges for those hanging onto natural resources for a living, which in turn prompts their migration.

Concerning this cause-effect situation in the Mekong Delta, a study by Le Thi Kim Oanh and Le Minh Truong (Van Lang University, Vietnam) pointed to the major impetus behind the migration therein.

They found that climate change was tightly linked to poverty, the major motive behind the migration choice of 14.5 percent of the total number of internal migrants from the Southern Plains. They also noted that this number might be an underestimate.

A study collaborated by Alex Chapman (University of Southampton, UK) and Van Pham Dang Tri (Can Tho University, Vietnam) shed further light on how the effects of climate change can drive people away.

Rising sea level was reported in their article on The Conversation. In particular, farmers in An Thanh Dong Commune, Soc Trang Province, lost their sugar crops in 2013 as sea water surged and submerged the sugar plants.

Severe erosion was another culprit.

“Some homes have quite literally fallen into the sea as the coast has eroded in the Southwestern portion of the delta – in some places 100m of coastal belt has been lost in a year,” Chapman and Tri wrote.

Dykes and dams: not really a fine idea

The blow to the Mekong Delta’s crops is not purely natural, but exacerbated by nonsensical human efforts.

As countries worldwide attempt to adapt to climate change, Vietnam instead is going the wrong lane, as its counter-climate change efforts seem to defy the natural balance.

Chapman and Tri highlighted the alarming prevalence of thousands of kilometers of dykes within the Mekong Delta, some as tall as four meters.

Though meant to prevent the devastation of floods on humans, such structures have caused colossal alterations to the ecosystem, with the most visible impact being depleted fish populations and losses of fertile soil.

In addition, droughts, which are partly caused by hydroelectric dams, have led to salt water intrusion, affecting hundreds of thousands of households, especially around the southwestern part of the delta.

The century-record drought in 2015-2016 gave rise to sea water intrusion of over 80km of land and the devastation of at least 160,000ha of crops in the area.

“We show that a further group of people are being forced to migrate from the Mekong due to decisions originally taken to protect them from the climate,” wrote the two environmental researchers.