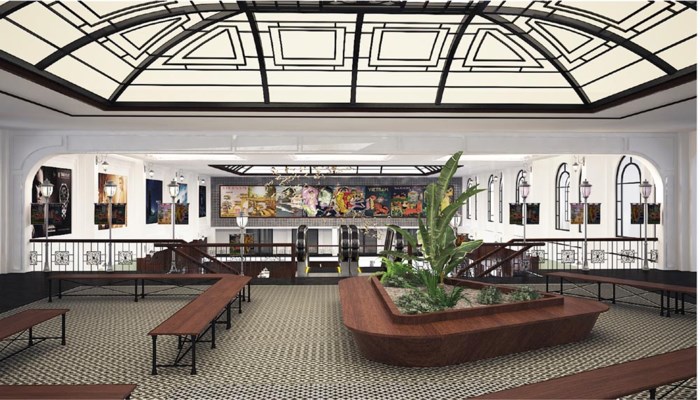 The Southern Airports Services JSC (SASCO) has suggested investing VND15 billion (US$660,000) in renovating a part of the Saigon Railway Station in Ho Chi Minh City to improve the travel experience of rail passengers.

The makeover will cover the entire first and second floors of the station, with the aim of transforming the location into an airport-quality services center where passengers can find all they need for a comfortable ride.

This includes additions such as retail stores, coffee shops, restaurants and business lounges alongside existing ticket counters and seating areas.

If approved, the project would break ground as early as in the first quarter of 2018 and be finished no later than Q2, according to SASCO’s general director Doan Thi Mai Huong.

No alterations would be made to the load-bearing structural design of the building, and normal operations at the station can still be ongoing during the process, Huong said.

According to the general director, the first floor of the Saigon Railway Station currently operates at its maximum capacity for only up to three months a year during peak travel seasons, while at other times it is almost empty.

Therefore, SASCO suggests moving the ticket counters on the ground floor to the first floor and surround it with the aforementioned services to fully utilize the free space.

The addition of business lounges is expected to attract more first-class travelers, who are willing to pay more for better services, to rail transport.

“SASCO will pay around VND2 billion [$87,800] yearly to rent the entire area of the station for five years following the renovation,” Huong said.

The company can get to work immediately after getting the green light from the Ministry of Transport, she added.

The current Saigon Railway Station, situated in District 3, was originally a baggage holding and shipping center constructed in the early 1930s, before being renovated into a passenger terminal in the early 1980s.

The 3,000-square-meter station is the last stop on the North-South railway in Vietnam, capable of handling around 8,000 trains a year.