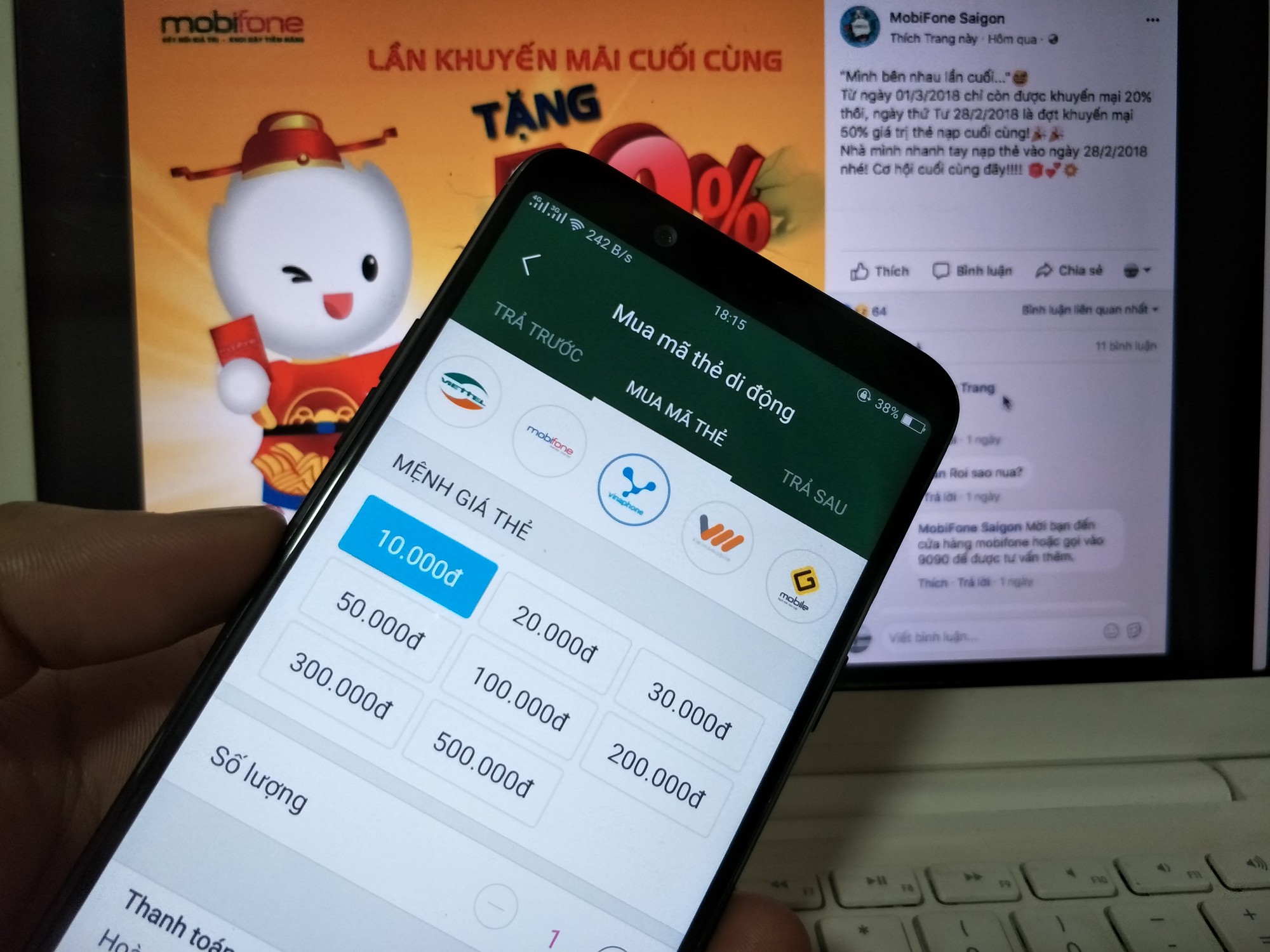 Widespread network jams were reported across online banking services and electronic payment systems in Vietnam on Wednesday as mobile users rushed to top-up their prepaid account balance on the last day that local carriers could offer bonuses of up to 50 percent the top-up value.

A circular issued in December by the Ministry of Information and Communications restricts the maximum top-up bonus to 20 percent across all prepaid accounts, effective from March 1 this year.

Previously, the promotion ceiling was 50 percent of the top-up value.

Advertisements and social media campaigns orchestrated by top Vietnamese network operators had been calling February’s promotions “the last chance” for mobile users to get 50 percent more for what they pay before the circular goes into effect.

“I’ve already bought six top-up cards with the face value of VND500,000 [US$22] each this morning. It’s my last chance to enjoy a 50-percent bonus, so it pays to spend a little more than usual,” said Hoang Tung, a resident in Ho Chi Minh City.

Others with a bank account capable of making online transactions opted to top up their balance via the carriers’ online payment gateways, causing widespread network jams.

The online edition of Tuoi Tre (Youth) newspaper reported on Wednesday that network congestion was an issue for all the three biggest network operators in Vietnam – Viettel, MobiFone and Vinaphone.

Meanwhile, online banking systems of local banks and other third-party payment applications also suffered from the same problem on the ‘national top-up day,’ as dubbed by Vietnamese netizens.

A spokesperson from ZaloPay, a digital wallet service run by Vietnamese technology giant VNG, told Tuoi Tre there was an unusual surge in transactions made on Wednesday as a result of ‘final’ promotion campaigns run by mobile carriers.

According to the spokesperson, on Wednesday morning alone there were ten times more top-up requests made through the payment system than usual, with the total top-up value being 20 times higher than a normal day.

“The large volume of transactions happening at the same time led to a temporary jam in the network. A short delay is expected as the system takes time to process all the payments,” the spokesperson said.