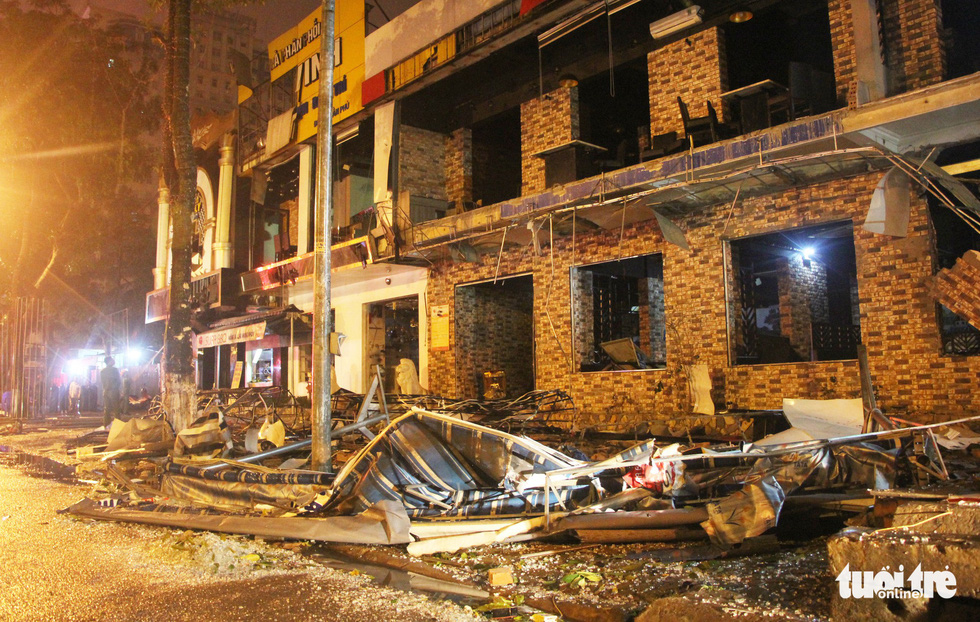 ​BBQ restaurant blows up at midnight in Vietnam

An explosion occurred at a grill restaurant in Vietnam around midnight on Tuesday, causing serious damage to the venue and frightening local residents.

The two-story eatery, named SURA BBQ Vinh, on Tran Phu Street in Vinh City, Nghe An Province, blew up at around at 0:30.

Firefighting officers along with five fire trucks were quickly dispatched to the location to deal with theincident.

The restaurant was devastated by the force of the blast, while houses within a 200-meter diameter also suffered damage.

There were no casualties as employees and managers of the eatery were not inside the venue at the time of the incident.

Competent agencies are investigating the site to determine the cause of the explosion.

Initial information showed that there were 16 gas cylinders, each weighing 72 kilograms, kept at the facility.

The explosion could have been triggered by these gas tanks, officers assessed.

Terrified witnesses said that the sound of the blast was very loud, as if a bomb had gone off.