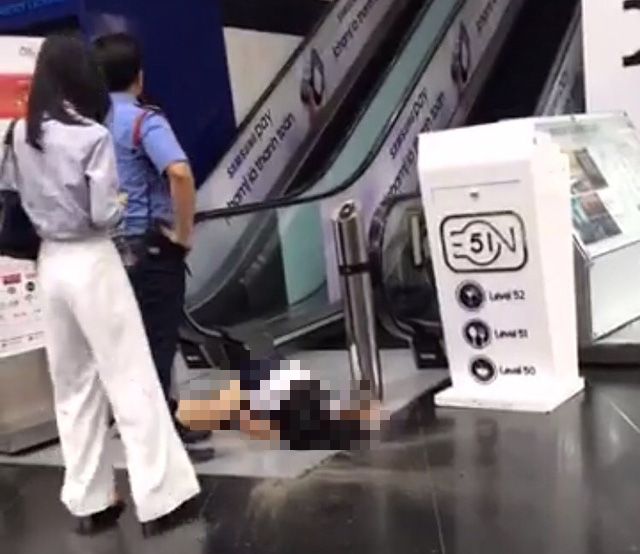 A schoolgirl fell to her death on Tuesday inside the 68-floor Bitexco Financial Tower in downtown Ho Chi Minh City.

Visitors reported hearing a loud thud at around 10:45 pm and found the girl lying motionless near an escalator on the ground floor.

She was rushed to hospital where doctors pronounced her dead due to severe injuries.

Nguyen Tat Dat, police chief of District 1, Ho Chi Minh City, confirmed the incident on Wednesday morning, saying the victim had fallen from the third floor of the building, where a cinema was still open at the time.

Authorities are working with Bitexco’s management board to retrieve CCTV footage of the incident for an investigation.

The Bitexco Financial Tower, opened in 2010, is currently the tallest skyscraper in Ho Chi Minh City, at 262.5 meters high.

It will be replaced as the southern hub’s tallest building by Landmark 81, a skyscraper under construction in the Vinhomes Central Park urban area, upon the latter’s completion this year.