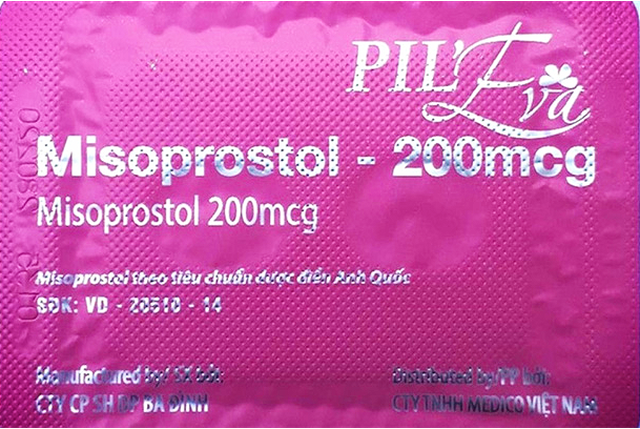 Health authorities in the southern province of Tien Giang confirmed on Monday that a local mother had lost her first fetus early last month after taking abortion medicine a staff member of a local medical center administered to her by mistake.

On March 7, Huynh Thi Cuc, a 32-year-old mother who was in her seventh week of pregnancy, was advised to stay in the medical center of Tan Phuoc District since she was at risk of miscarriage.

Two days later, prior to her discharge, doctors prescribed her Miprotone, a type of embryo-nourishing medication.

But a staff member at the dispensary provided her with Misoprostol, used for abortion purposes, after discovering that the embryo-nourishing medication was out of stock.

Later in the day Cuc was rushed back to the center after bleeding from the consumption of two Misoprostol pills.

As doctors at the center said they needed to continue watching her conditions, the family immediately took her to the Tien Giang Gynecological Hospital, where they were told the fetus had died from abortion medicine.

It was discovered later that on March 9, besides Cuc, two other pregnant patients at Tan Phuoc medical center were also mistakenly given Misoprostol. One of them had yet to use it, while the other safely received urgent treatment after the consumption.

A report by the medical center admitted that some of its staff members have failed to follow the regulations on checking and reviewing in terms of drug prescription and dispensing.

The report also said that a piece of software from the center had not been updated on medication information.

Le Van Duc, the center’s director, supposed that the program and the resemblance in name between Misoprostol and Misoprostol were to blame.

Vietnam’s Ministry of Health have ordered the Tien Giang health department to verify the incident and promptly submitted a report to it by 5:00 pm this Thursday.

The ministry also required staff members implicated in the case to be honest in providing information and the medical center to punish those who are responsible without leniency.

In January a pregnancy woman in the south-central province Quang Ngai also lost her six-week-old fetus after a midwife mistakenly gave her an abortion pill instead of pregnancy support drugs.