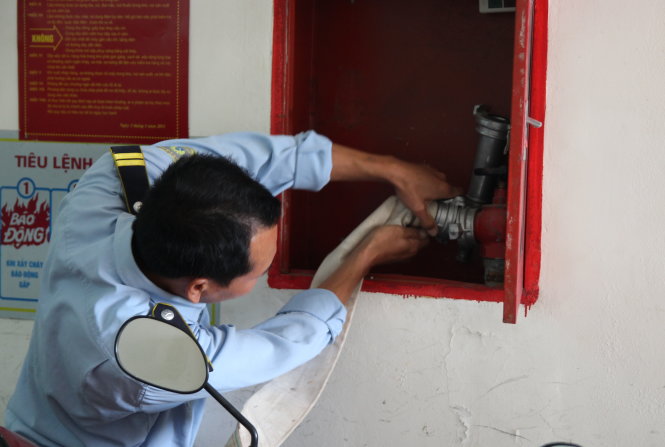 Administrators in District 1, Ho Chi Minh City have plans to conduct a months-long fire safety inspection at a large number of venues in the central area, amidst widespread worries about faulty fire prevention in apartment complexes nationwide.

More than 1,200 facilities, including landmark buildings such as the Times Square and the Sheraton, Caravelle and Park Hyatt hotels, will come under inspection for fire safety from now until July, according to the District 1 administration.

Fire authorities are expected to check those establishments’ electrical systems and the state, position and type of their fire fighting and prevention equipment.

Inspectors are also expected to take a careful look at the number and condition of emergency exits and the reliability of emergency lights there.

Vietnamese people, particularly apartment dwellers, have been more alert to fire ever since a big fire at the Carina Plaza apartment complex in Ho Chi Minh City killed 13 people in March.

A series of reports involving the negligence in fire prevention of multiple high-rises in Vietnam have since been published by local media.