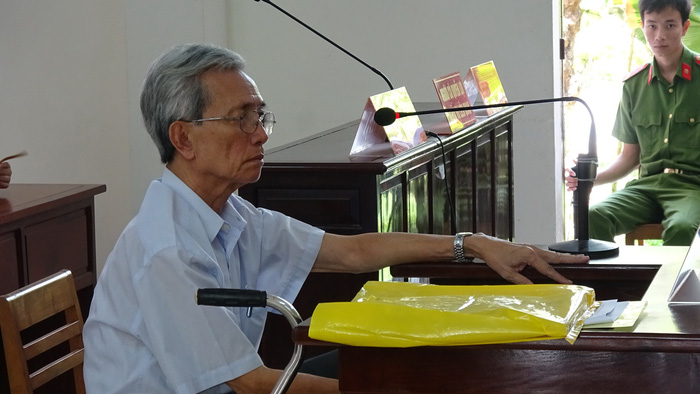 A 1940-born Vietnamese man who was last November handed a jail term of three years for lewd acts against two preteen girls had his sentence reduced to 18 months on probation at a court of appeals on Friday.

Nguyen Khac Thuy, who lives in the southern province of Ba Ria - Vung Tau, was charged with committing lewd acts on two girls, aged six and 11, in separate cases in April and May 2014, according to court documents.

In the first case, the elderly man touched the sensitive parts of the six-year-old girl and was later scolded and hit in the face by the victim’s father.

In the second incident, the victim was talking with a friend in her apartment when Thuy appeared and put his hand through the door to commit lewd acts on her.

Thuy pleaded not guilty to both charges of child molestation, but the court of Vung Tau City in November 2017 declared his appeal inadmissible, ruling that there was sufficient evidence to charge him.

The court then sentenced him to three years behind bars.

On Friday, however, an appeal court in Ba Ria - Vung Tau ruled that there was not enough evidence to charge him for the second incident, involving the 11-year-old girl, and found Thuy guilty in the first case only.

The court therefore reduced the jail term to 18 months and allowed him to serve the sentence on probation instead of in prison.

Ba Ria - Vung Tau police had previously demanded that that the 78-year-old be charged for molesting as many as four preteen girls.