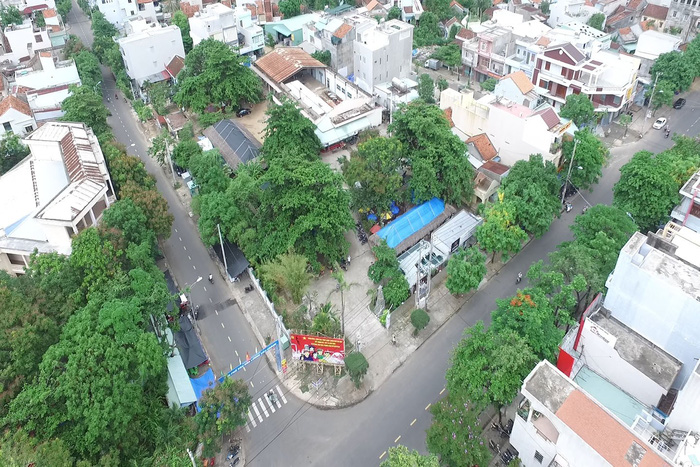 The administration of the south-central Vietnamese province of Phu Yen has been found leasing prime public land plots without carrying out any bidding process as required by regulations.

Multiple land areas belonging to the state in the provincial capital of Tuy Hoa have been leased to local businesses by the province’s administration without a proper auction, according to a probe by Tuoi Tre (Youth) newspaper.

According to procedures, a bidding process must be organized when it comes to leasing such properties to select the most suitable and competent investors.

The piece of land at 80 Nguyen Hue Street in Tuy Hoa had been leased to Phu Khanh Viet Company for a 50-year period without any auction, according to data collected by Tuoi Tre.

On June 1, 2017, Huyen Tien Dat, director of the firm, submitted a document to seek permission to lease the over 5,300 square meter land plot, where a shopping mall was planned to be built.

Dat is the nephew of Phu Yen’s incumbent Party chief.

In another case, in 2003 the provincial administration permitted Pymepharco JSC, a pharmaceutical firm, to use a 781 square meter land plot on Hung Vuong Street for a land-leasing fee of VND2.54 billion (US$111,760).

In July 2013, the pharmaceutical firm transferred the land to local lender Vietcombank at VND16 billion ($704,000), about VND12 billion ($528,000) higher than what it had originally paid for the property.

The Phu Yen administration did carry out the bidding process for the lease of two local land plots in early 2016, but the final outcomes of these transactions still stirred up controversy.

During the bidding, Phu Yen Pharmaceutical and Tu only submitted their respective tenders once, offering a price that was VND10.7 million ($470) higher than the starting price.

Pymepharco eventually won the auction with an offer that was merely VND1.6 million ($70.4) higher than the other two bidders.

A probe later showed that Do Quang Hoanh, deputy general director of Pymepharco, is also one of the three shareholders of Phu Yen Pharmaceutical Company, with a 33 percent stake.

The same scenario applied in the second auction, involving a 7,500 square meter piece of land on Hung Vuong Street.

Only four companies made it to the bidding process, meeting the requirements of having VND30 billion ($1.32 million) and being able to pay VND7.7 billion ($338,800) in advance.

Hiep Hoa Construction JSC eventually won the deal with a bid that was only VND22.5 million ($990) higher than the starting price, whereas the other three bidders did not seem very interested in the land.

According to Bui Hong Giang, a member of the Hanoi Bar Association, the requirements of the two auctions were unreasonably high, significantly limiting the number of eligible bidders.