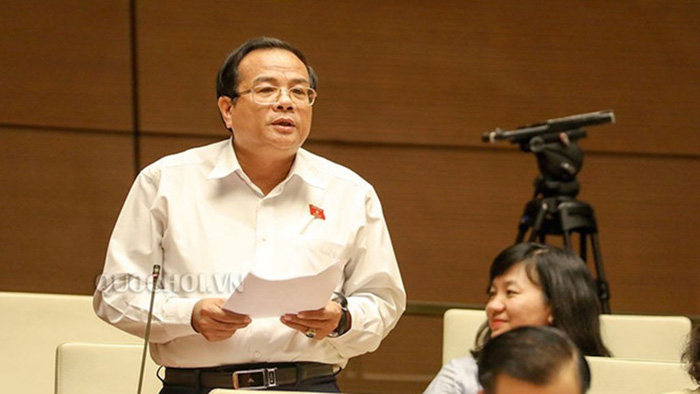 Authorities in the south-central province of Binh Thuan are committed to resolving recent violent activities and ‘riot-like’ situations by peaceful measures and never prioritizing the use of force, a local Party leader said Tuesday.

Binh Thuan officials have been exerting efforts to help locals understand the details of a draft law that had been at the center of controversy leading to the violence, Huynh Thanh Canh, deputy secretary of the provincial Party Committee, told Tuoi Tre (Youth) newspaper.

“Instigators who take advantage of [the people’s lack of information] to incite violence have been perceived as a cause for recent incidents,” he said.

“Citizens should understand that it is ill-advised to destroy public properties, as they are funded by their tax money.

“The province’s consistent approach to the situation is restoring public order through informative propaganda and refraining from the use of force."

The deputy Party chief said what had happened in Binh Thuan in recent days had been “deeply regrettable” and that it had stemmed from misunderstandings of the draft law on special economic zones being discussed by legislators.

The proposed legislation provides legal bases for the establishment of three new special administrative and economic zones, where foreign investors enjoy greater incentives and fewer restrictions than imposed elsewhere in the country.

Nevertheless, opponents of the draft law took to the streets in Binh Thuan on Sunday and Monday for marches, which soon turned violent as participants started hurling rocks and hard objects at police officers and attacked public buildings in the province’s capital city of Phan Thiet.

Dozens of police officers were injured in what an official described as ‘riot-like’ situations, while over 100 involved in the attacks were detained for investigation, most of whom were already released after a screening process.

Among the participants were women and children who had been instigated by “ill-intentioned subjects," according to a statement released on Tuesday by the administration of Binh Thuan.

The destructive behaviors not only disturbed public order but also left a negative impact on the local economy, the livelihoods of residents, and the investment environment of Binh Thuan, the statement said.