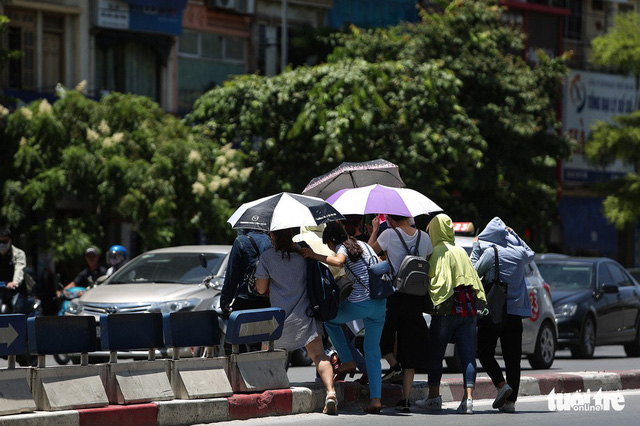 Two people unconscious possibly due to heat stroke in Hanoi

Two people have been admitted to the hospital in Hanoi after fainting, purportedly due to extreme temperatures brought on by the current heat wave baking northern Vietnam.

The two patients, a man and a woman, were brought to Bach Mai Hospital on Wednesday, appearing disoriented after losing consciousness earlier that day.

Family members of the 54-year-old female patient said she has a history of high blood pressure.

They also told doctors she had been feeling exhausted and unable to eat since high temperatures began smothering the area a few days ago.

Shortly after waking up on Wednesday morning, the woman suffered a stroke and passed out on her way to the infirmary.

Meanwhile, the male patient was found unconscious along a sidewalk that same morning and brought to the hospital for emergency treatment.

A heat wave moved in on northern Vietnam, including Hanoi, on Sunday and is forecast to last until Friday, according to the National Center for Hydro-meteorological Forecasting.

Temperatures in the region were recorded at between 37 and 40 degrees Celsius on Wednesday.

Meteorologists expect temperatures to remain high on Thursday and Friday before rains move into the area on Saturday.