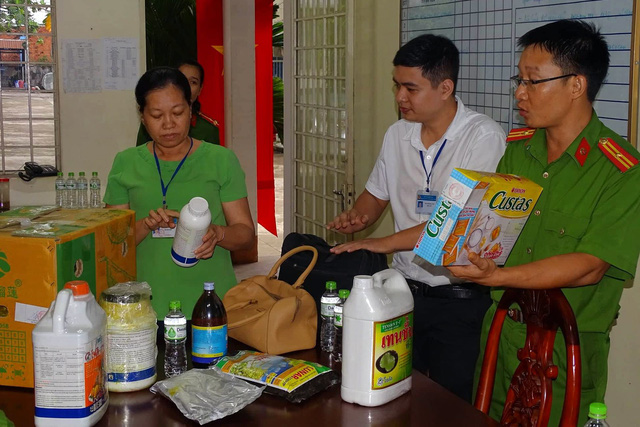 During an unexpected inspection on July 6, authorities in Dong Nai Province, a neighbor of Ho Chi Minh City, found several workers painting a yellow paste onto the stems of durians at a fruit storage facility owned by Nguyen Thanh Tam, a local trader.

The color was used to give durians an appearance of freshness.

The painted fruits were then soaked in a bucket of what police officers thought as chemicals, before they were dried on shelves and expected to be labeled and packaged for sale.

They also found 20 bottles of chemicals, around 30 kilograms of labels printed in different languages, and more than ten bags of yellow powder.

Local authorities are examining the samples to determine whether the durians had been contaminated with any noxious substances at the facility.