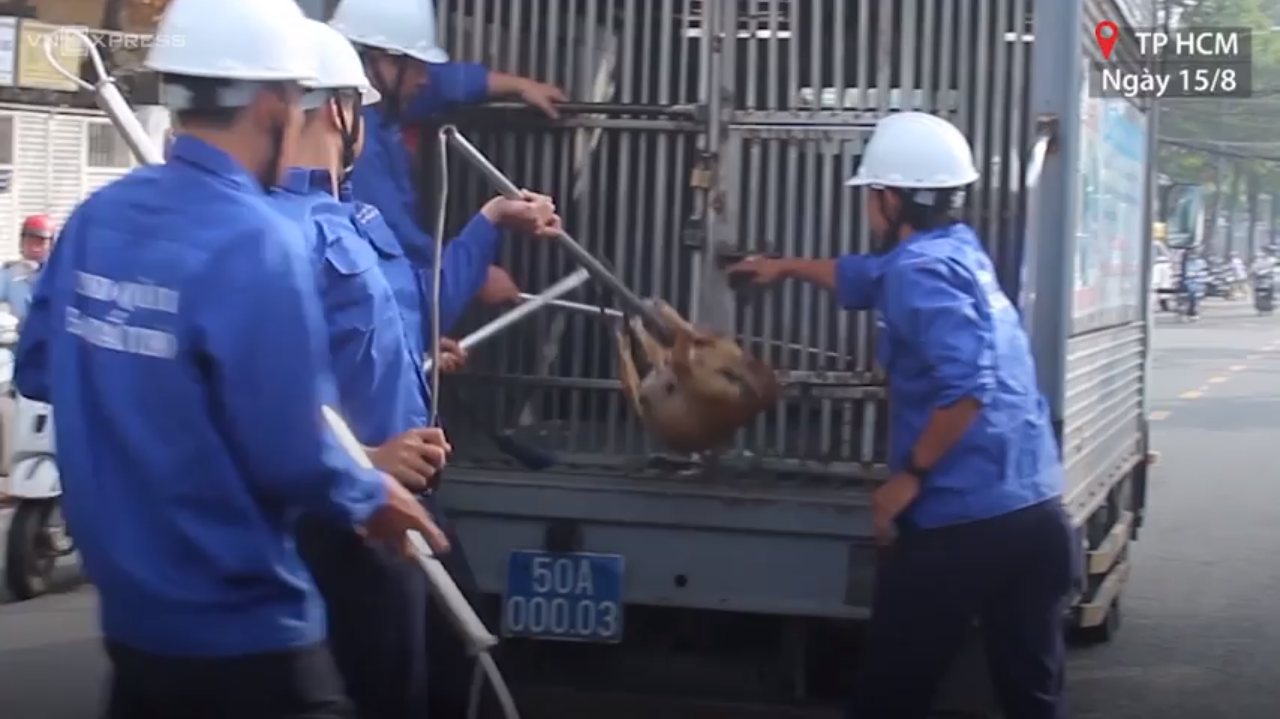 A campaign aimed at removing stray dogs from the streets of downtown Ho Chi Minh City have been officially launched, one month after the initiative was taken by the administration of District 1.

On Wednesday, a joint team of personnel from the city’s urban order watchdog and veterinary department patrolled multiple streets and parks in downtown District 1 searching for free-ranging dogs.

Police officers also accompanied the team to intervene in case there were conflicts with dog owners during the operation.

After two hours, five canines spotted in public without a leash or muzzle, as required by regulations, were captured and impounded at number 31 Mai Thi Luu Street, where they are fed and taken care of until an owner shows up to claim their pet.

Truong Nhat, whose pet dog was among those captured during Wednesday’s campaign, said he had to pay a combined fine of VND1.4 million (US$60) for violations including letting his dog run loose and failing to produce a certificate of vaccination for the animal.

“I’m aware that I’m in the wrong so I just paid the fine and took my dog home,” Nhat told news website VnExpress.

An additional penalty of VND800,000 ($35) is applicable if the canines are yet to be given rabies vaccination.

Impounded dogs must be collected by their owners within 72 hours from capture, after which period the animals will be handled according to the law.

“The district announced the initiative last month and allowed local wards one month to raise public awareness on the issue,” Hai was quoted as saying by VnExpress.

According to Hai, the removal of stray dogs ensures traffic safety and protects the urban landscape and environment for the downtown area of Ho Chi Minh City.