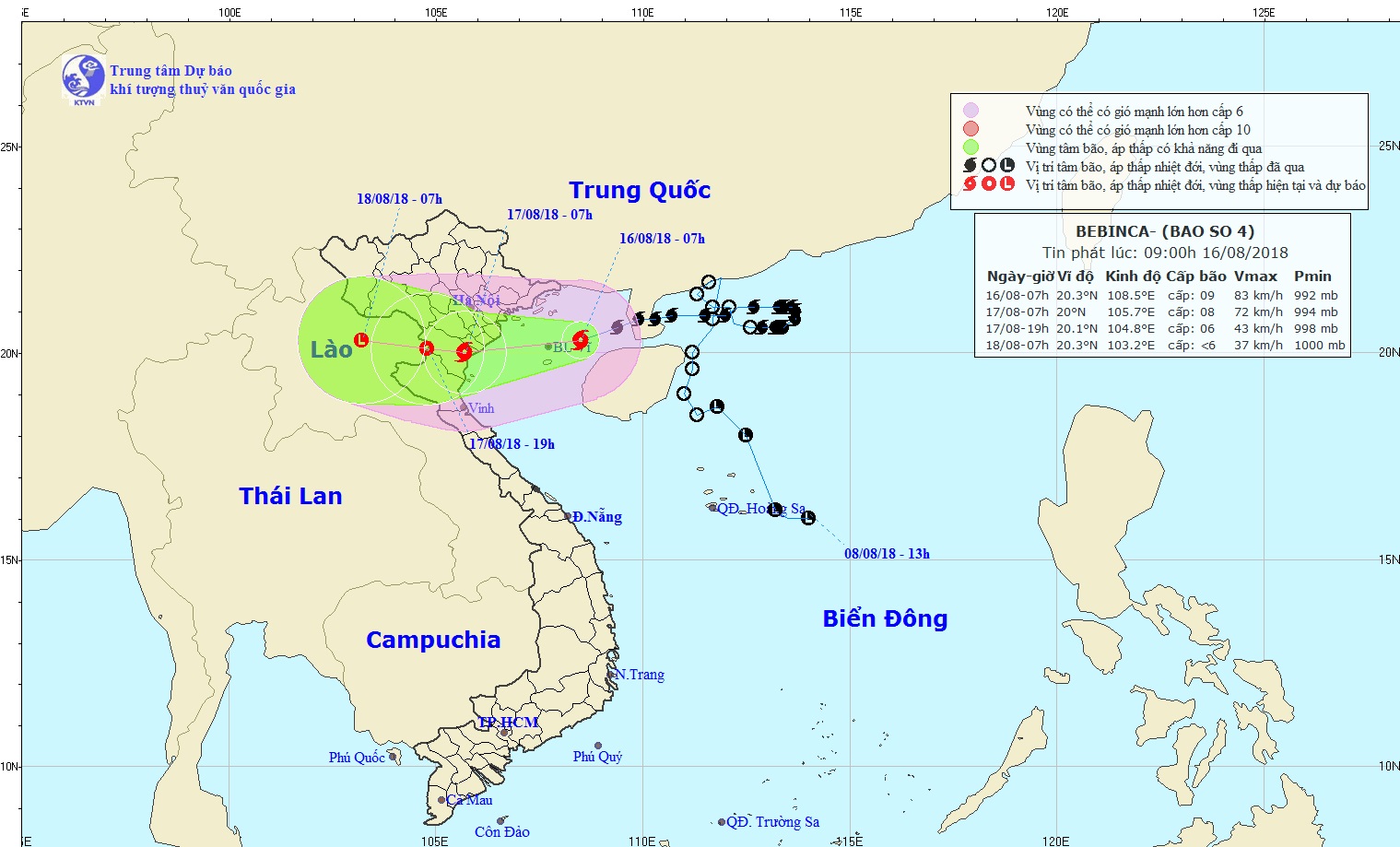 Tropical storm Bebinca, the fourth to hit Vietnam in 2018, is forecast to make landfall, bringing heavy downpour and heightening risks of flooding, across northern localities from Hai Phong City to Nghe An Province on Friday morning.

As of 11:00 pm on Wednesday, the storm was sweeping through Leizhou Peninsula in China’s Guangdong Province, packing winds of up to 90 kilometers per hour and gales between 103 and 117 kilometers per hour, according to the National Center for Hydro-Meteorology Forecasting.

The storm is heading west-southwest towards the Gulf of Tonkin at the speed of 10 km/h and is forecast to reach Vietnam’s Bach Long Vi Island, around 170 km off the city of Mong Cai in Quang Ninh Province, on Thursday evening.

Storm Bebinca is forecast to make landfall on Friday morning and weaken into a tropical depression later the same day.

Heavy rains that started on Wednesday in the affected provinces are expected to prolong until Friday, with rainfall estimated to total between 250 and 350 millimeters over the three days.

Boat tours on the popular Ha Long Bay in Quang Ninh have been suspended until weather clears.

Local news site VnExpress reported on Thursday that more than half a million personnel and dozens of vessels and vehicles have been mobilized by the Ministry of National Defense to respond to the tropical storm.

According to Tran Quang Hoai, general director of the General Department of Disaster Prevention, over 5,300 Vietnamese fishing vessels and nearly 30,000 fishermen are still operating at sea as of Wednesday afternoon.

Coastal provinces in the affected areas have yet to issue a fishing ban, he said.

Hoai also warns of overflowing risks at water dams and reservoirs in northern Vietnam as a result of the heavy downpours.