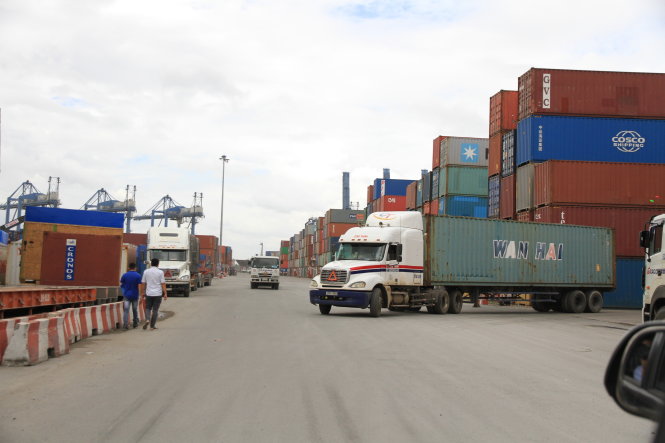 Vietnamese Prime Minister Nguyen Xuan Phuc has issued a series of prompt measures to deal with the import of prohibited scrap into the country, after Tuoi Tre (Youth) newspaper published several articles to turn the spotlight on the issue.

PM Phuc signed a directive on Monday to adopt various solutions for preventing substandard and untreated scrap, as well as rubbish, from being imported en masse into the country.

More than 17,000 containers of scrap that do not meet requirements set by Vietnamese authorities are currently stuck at seaports across the nation.

The premier tasked a total of eight ministries along with provincial and municipal administrations with joining hands in tackling the problem.

The Ministry of Foreign Affairs will be in charge of informing Vietnam’s frequent trade partners of its regulations and standards on scrap imports.

The Ministry of Public Security will coordinate with Interpol to fight the importation of banned scrap and the use of fake import licenses and documents.

Provincial border guards and customs units are asked to carry out regular patrols and examinations to detect illicit imports in each locality.

Meanwhile, the Ministry of Science and Technology is tasked with establishing a set of technical standards to ensure a proper recycling process for scrap in the country.

Cargo ships are only allowed to load their containers onto Vietnamese seaports when there are legitimate import licenses of the buyers.

The prime minister also ordered the Ministry of Natural Resources and Environment to stop issuing import authorization licenses or extending the validity of such documents.

Wholesalers of scrap often borrow or rent this type of import license to purchase large amounts of scrap before selling the material to recycling companies, thus earning a healthy return.

Hoang Van Thuc, deputy head of the Vietnam Environment Administration, believed that these new regulations would be stern enough to deter the illicit import of scrap into the country.

The environmental ministry was also asked to work out the best solution for the 17,000 containers stuck at local ports within this week.

The ministry is expected to require Vietnamese businesses to send back the shipments to their sellers.

If such action is not viable, the firms will have to dispose of the substandard scrap.

Regarding those containers without any recipient, the ministry proposed that the scrap be sold to recycling businesses by auction.

“This issue is expected to be completely resolved by the end of the year,” Thuc said.