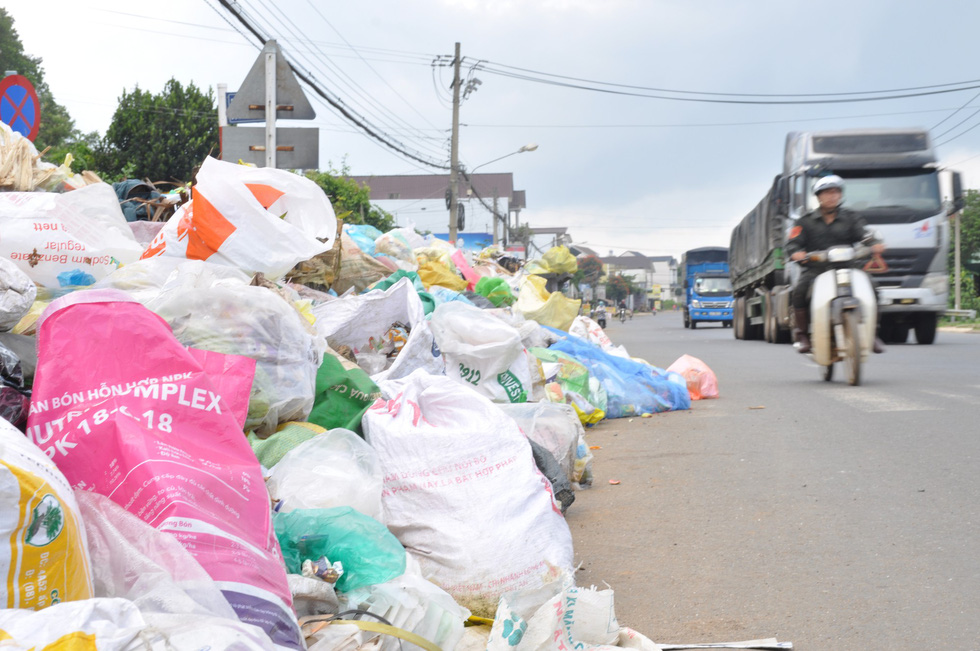 Garbage piles up due to overloaded treatment plant in Vietnamese city

A massive amount of garbage has been piling up across a city in Vietnam’s Central Highlands over the past weeks after the local treatment plant became overloaded.

Large piles of rubbish can easily be spotted along streets in Bao Loc City, located in Lam Dong Province, posing risks of environmental pollution and challenges to residents’ daily lives.

The situation began around October 10, according to locals.

Countless bags of trash have stacked up along sidewalks and sometimes in the roadways, releasing an unpleasant stench and attracting flies.

Garbage can also be found in front of local markets, schools, and healthcare centers.

“We try out best to stay inside and keep the doors tightly shut. We don’t want the smell and flies to get into our home,” said Nguyen Duc, a resident in Loc Tien Ward.

According to local authorities, the Bao Loc waste treatment plant was put into operation in April 2017 with the capacity of 120 metric tons per day.

All of the garbage was supposed to be treated by the plant’s incinerator.

Due to high rainfall, only 70 metric tons of rubbish was processed every day, which eventually resulted in an overload.

Managers of the treatment plant ordered a second incinerator with the capacity of 60 metric tons a day in October 2017.

The machine is yet to be used due to a technical error that the manufacturer has not been able to fix so far.

During a recent meeting, competent agencies in the city stated that some of the trash has been transferred to neighboring Bao Lam District as a temporary measure.

In the meantime, the Bao Loc waste treatment plant will focus on expediting the installation of the second incinerator.

Managers of the facility have also asked a firm in the north-central province of Thanh Hoa to send its mobile incinerator to help.