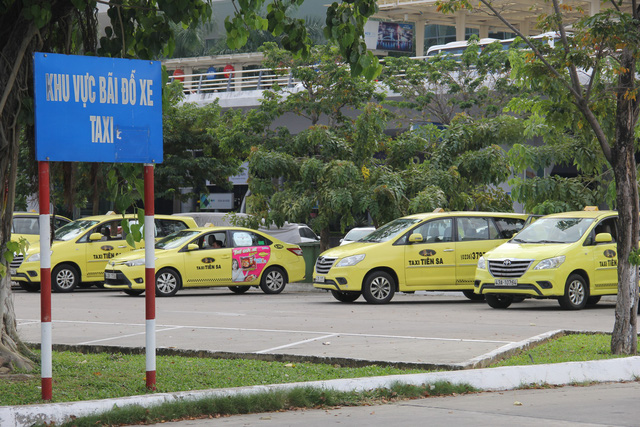 A number of taxi drivers refused to carry passengers at the airport in Vietnam’s central metropolis of Da Nang on Sunday as a protest against ride-hailing service Grab which they said was denting their earnings.

Cabbies from around eight taxi companies at the same time declined to leave their parking area at Da Nang International Airport to pick up customers despite continuous booking requirements from operators.

Many customers had to bring their luggage from the terminal building to the parking area but the drivers turned down their offer to have a ride.

The roughly three-hour strike was aimed at opposing Grab cars’ rising activity which had been detrimental to traditional taxi drivers’ income, cabmen involved in the event said.

They also called on authorities to introduce stricter regulations on the ride-hailing service in the city.

The incident was just a decision on the cabbies’ part, according to the local taxi association.

It is the privilege enjoyed by Grab that irked the drivers.

Regular taxi drivers must wait at the designated parking lot in the airport before leaving for the terminal building in turn to receive passengers, a cabbie on strike said.

But GrabCar vehicles can arrive at the building without this restriction, which he said represents gross unfairness.

A leader of a taxi company whose drivers joined the strike said traditional taxi drivers at airports had been put at a greater disadvantage compared to ride-booking service counterparts.

This is because, he explained, they had to incur parking costs and work in line with clearance from the operators.

“An airport regulation states that taxis must operate under control, that is, they can’t get to the terminal building to take passengers without clearance,” the leader said.

“Grab also provides a taxi-like service, but its cars can go in and out without being fined at all.”