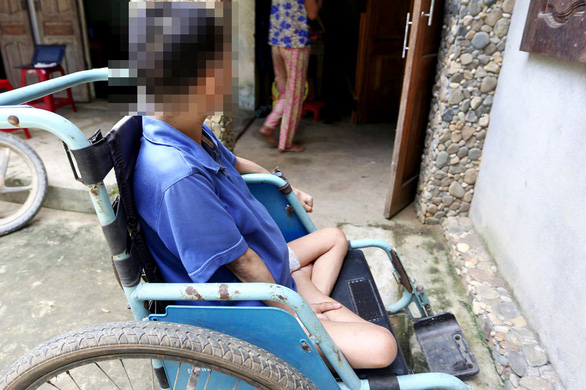 Police in the central Vietnamese province of Quang Nam are investigating an alleged sexual abuse against a disabled woman after she was discovered being pregnant about four months ago.

According to P.’s family members, she only weighs 20 kilograms and has suffed from paralysis since she was 18 months old.

She can only sit in her wheelchair, the family continued, adding that the woman also has speech impairment and heart disease.

P. has to be assisted by her mother in her daily life.

She has a rather low level of cognition.

P.’s parents own a cattle farm located away from their home, thus they often leave the house to work during the day.

P. developed some abnormal signs about four months ago before her family took her to a local hospital.

Doctors stated the woman had been 19 weeks into her pregnancy.

The case was then reported to police. However, officers have been having trouble communicating with P. due to her disabilities.

It is now impossible to identify the father of the child.

“We have to wait until she gives birth in order to conduct a DNA test,” said Col. Cu.

Local authorities have been assisting the family in terms of finance to help take care of P. and her child.