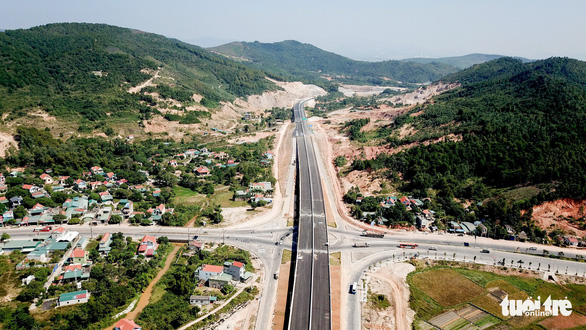 An expressway stretching more than 50km through the northern province of Quang Ninh will be open to traffic this month, expected to significantly shorten the journey from Hanoi to the province home to Ha Long Bay and enhance economic development in the region.

Construction for the VND12 trillion (US$513.7 million) project began in September 2015, with Bien Cuong JSC being the developer.

The 24.5-meter-wide Ha Long - Van Don Expressway, designed with four lanes and the maximum speed of 100km per hour, is scheduled to open to traffic on December 25.

It travels through Ha Long and Cam Pha, another coastal city of Quang Ninh, as well as Van Don and Hoanh Bo Districts.

Upon completion, the project will become the final piece of a massive expressway system linking Hanoi, the northern city of Hai Phong and Ha Long, which form a significant economic triangle.

The new route will help relieve traffic pressure on National Highway 18 and shorten the journey from Hanoi to Van Don Industrial Park from about three and a half hours to two and a half hours.

The time it takes to travel between the capital, Ha Long, and Van Don Airport will also be cut down.

The new expressway is intended to boost investment, thus contributing to the socio-economic development of Quang Ninh and northern Vietnam’s key economic region, which consists of seven cities and provinces.