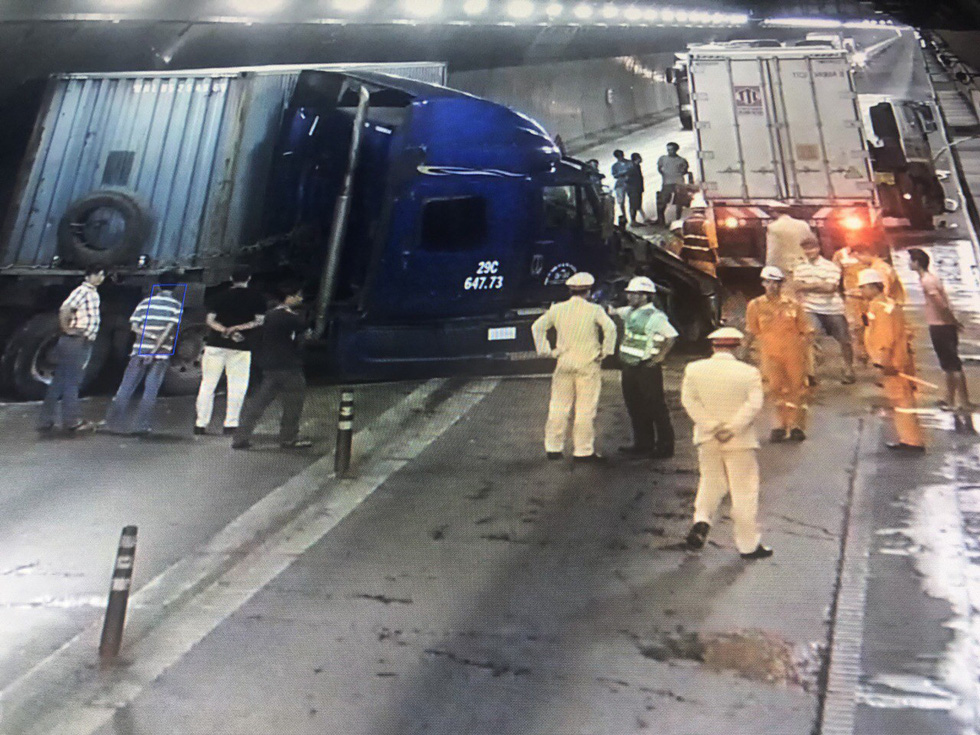 A tractor-trailer smashed head-on into another in Hai Van Tunnel on Tuesday afternoon, prompting a four-hour tie-up in Vietnam’s longest road tunnel but reportedly causing no human casualties.

A trailer truck was traveling southbound at around 2:45 pm in the middle of the mountain tunnel when one of its tires burst.

The articulated lorry lurched to one side and crashed into another running on the other carriageway.

The trucks were seriously damaged, while a three-kilometer line of vehicles formed on one carriageway.

As the tractor-trailers were long and heavy, local authorities dispatched rescue vehicles to the spot to handle the situation more quickly.

Traffic only returned to normal at around 7:00 pm on the same day.

A truck slams into another in Hai Van Tunnel in central Vietnam, December 4, 2018, in this CCTV footage.

The latest road incident along the mountain passage was reported in early May when three people were injured and traffic got snarled up for hours after a truck carrying thousands of metric tons of frozen clams rear-ended a long-haul bus before hitting another truck of its type at the passage’s entrance.

Hai Van Tunnel provides a more convenient and shorter alternative to the Hai Van Pass for vehicles traveling between the central city of Da Nang and Thua Thien-Hue Province.

Opened in 2005, it stretches 6.28 kilometers along the lifeline National Highway 1 and connects Da Nang and Thua Thien-Hue Province.