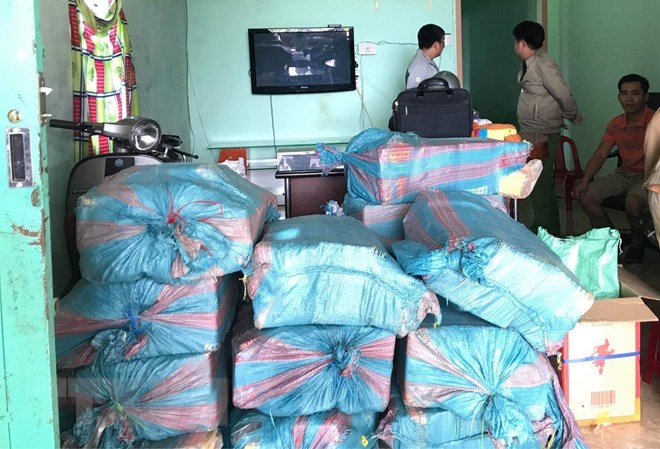 A Vietnamese man has been in detention for stashing firecrackers and weapons at home in the Central Highlands region, police said on Monday.

They found almost half a ton of firecrackers, one pickup truck, knives, and machetes.

Em admitted to police that he had bought them from Kon Tum and carried all with the pickup to Pleiku.

He rented the house to store the firecrackers for resale for a profit.

Police officers are expanding an investigation into the case.

This is the largest bust of firecrackers in Gia Lai so far.

Vietnam bans firecrackers from New Year celebrations as well as their storage, use, sale, or distribution.

The same ban applies to weapons, including machetes, guns and ammunition.