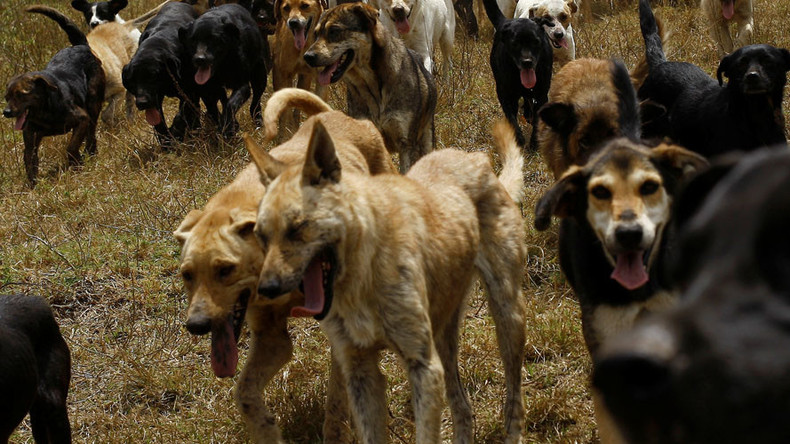 Child, 7, dies after being mauled by pack of dogs in Vietnam

A seven-year-old child in the northern Vietnamese province of Hung Yen has died from severe wounds he sustained during an attack by a pack of dogs at a local soccer field on Wednesday.

The attack occurred while D., who went to Luong Bang Elementary School in Kim Dong District, was playing football with a group of classmates at an old stadium near his home on Wednesday afternoon, according to the Vietnam News Agency.

After D.’s friends went home, he decided to stay on the field to play by himself.  Shortly after, a pack of dogs owned by the landlord of a nearby rental house attacked the boy and began mauling him.

The critically injured boy was found by his family and rushed to the Hung Yen General Hospital with a a stopped heart, severe blood loss, and dilated pupils.

After doctors performed CPR and transfused two liters of blood into the boy’s circulation, D. regained some vital signs and was transferred to the Viet Duc Hospital in Hanoi.

However, the boy was unable to recover from his fatal wounds and was pronounced dead at Viet Duc Hospital that same day.

In March, a three-year-old Vietnamese girl was hospitalized with severe injuries from being brutally mauled by a pit bull that broke free from its chains near her home in Hanoi.

Earlier the same month, a nine-year-old boy from the northern province of Yen Bai had his genitals bitten off by a family dog.