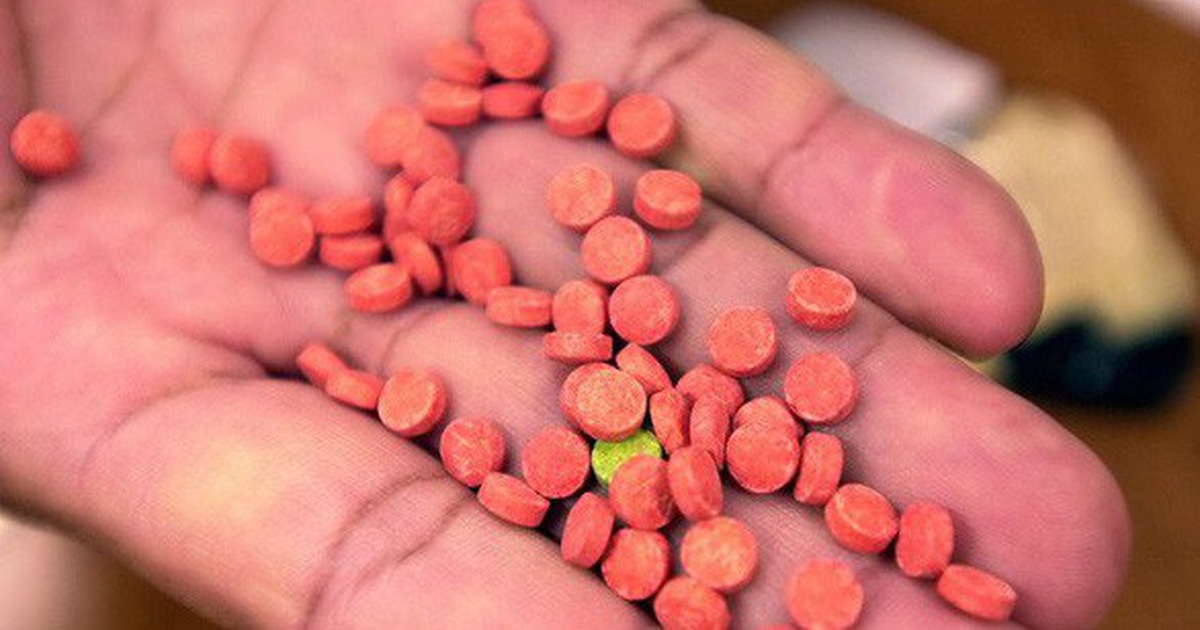 The two suspects are Hang Pao Mua, 35, who is from the northern province of Son La, and Do Minh Luyen, 36, who resides in Phu Cu District, Hung Yen Province, said Colonel Pham The Tung, deputy director of the Hung Yen Department of Police.

Mua was arrested on Saturday after he was caught red-handed transporting the drugs from Son La to Hung Yen in a taxi.

Officers pulled over the cab near the Yen Lenh Bridge in Hung Yen City, located in the namesake province, for an inspection.

They discovered 20 plastic bags containing 4,000 red and blue pills, which were stashed in Mua’s backpack. The pills were later confirmed as synthetic drugs.

More than 3.8 kilograms of methamphetamine, or crystal meth, was also found.

Mua claimed he had purchased the drugs from a Laotian man in Son La Province for VND370 million (US$15,910) on April 17.

He was on his way to Hung Yen Province to sell the stimulants to Luyen.

Officers then apprehended Luyen and confiscated three mobile phones together with VND42 million ($1,806) to assist the investigation.

At the police station, Luyen has admitted that he was about to buy the drugs from Mua.