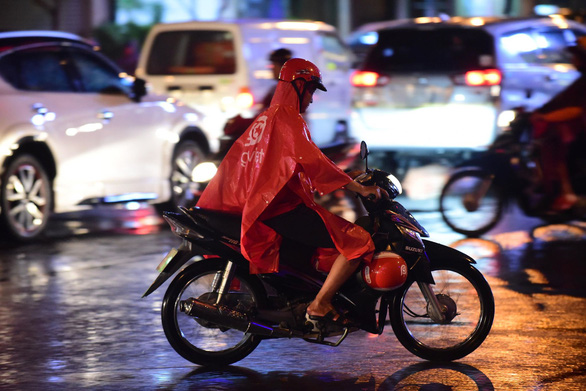 The rainy season in southern Vietnam is expected to begin late and end early this year, and the total rainfall is likely to be lower compared to previous years, according to the local hydro-meteorological station.

Showers occurred in Ho Chi Minh City and the nearby provinces of Dong Nai, Binh Duong, Long An, Tien Giang, and Vinh Long on Thursday evening, creating a welcome break from the extreme heat that has been baking the region over the past few weeks.

It is expected to remain sunny on Friday, but showers and thunderstorms are forecast for the evening.

According to Le Dinh Quyet, an official from the southern hydro-meteorological station, these rains signal the transition between the dry and rainy seasons.

The weather pattern will continue over the upcoming days, Quyet continued, adding that highs will still hover between 35 and 36 degrees Celsius.

This year’s rainy season will begin in the first half of May in southern Vietnam, a bit later compared than usual, the weather pundit added.  He also forecast that it will end in November.

Total rainfall in such areas as the Mekong Delta will be lower as a result.

In northern Vietnam, including Hanoi, and the north-central region, rain is forecast to occur on Friday and Saturday evenings, accompanied by thunderstorms and strong winds, the National Center for Hydro-meteorological Forecasting reported.