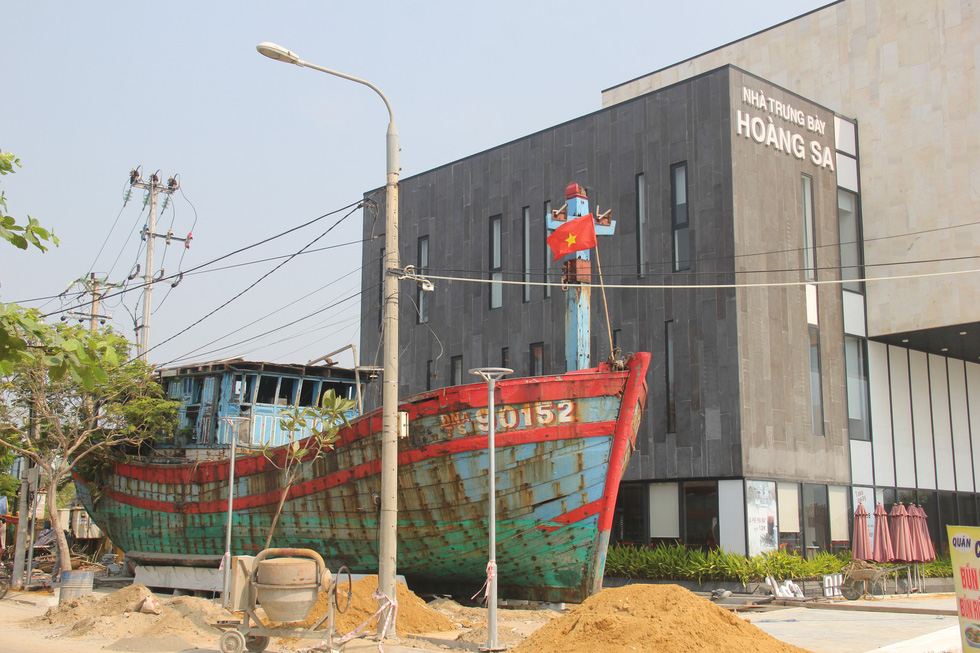 A museum in Da Nang is displaying the wreckage of an illegally-sunk Vietnamese fishing boat to illustrate the gravity of China’s aggression in the East Vietnam Sea.

In May 2014, the ten-member crew of Vietnamese fishing boat DNa 90152 set sail from the central city of Da Nang for a fishing expedition near Vietnam’s Hoang Sa (Paracel) archipelago.

At the time, China had been continuously attempting to assert its control over the East Vietnam Sea, most noticeably with its illegal deployment of the HD-981 oil rig near Hoang Sa, despite Vietnam’s stern objections to the illegitimate move.

A two-and-a-half-minute video filmed on a mobile phone by one Vietnamese crewman of a nearby boat showed a large Chinese vessel chasing, ramming, and sinking the Vietnamese ship.

The wreck of the Vietnamese ship was later salvaged and transported to the Tho Quang fishing port in Da Nang, where it has served as a reminder of China’s needless aggression.

The boat’s owner Huynh Thi Nhu Hoa, who donated the shipwreck to the government of Da Nang, said her wish was for it to be preserved and exhibited as an invaluable piece of historical evidence.

The DNa 90152 vessel is now put on display outside the exhibition house with its bow pointed toward the East Vietnam Sea as a testament to the 2014 event.

An initiative to install a lighting system and other decorations around the boat is being finalized and authorities say the shipwreck should be ready for public viewing in a few days.