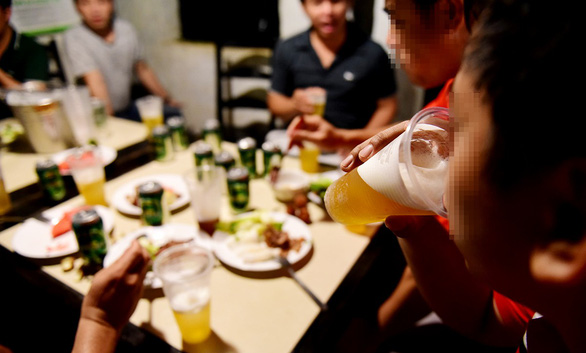 Vietnam’s legislature on Friday passed a landmark bill on preventing harmful effects of alcohol, which includes a blanket ban on driving after drinking for all types of vehicles.

The bill received approval from 408 legislators, or 84.3 percent, out of 450 voting members of Vietnam’s lawmaking National Assembly on Friday.

An article in the bill that dictates a “strict ban” on “operating vehicles while having any level of breath or blood alcohol concentration” was approved earlier the same day by 374/446 lawmakers.

When the article went through the first round of vote less than two weeks ago, 44.21 percent of legislators supported the article while 43.8 percent voted against it.

It was an unprecedented result as neither option received a simple majority, prompting consideration of the article – and the bill – to be delayed to Friday’s session.

Results of a vote by Vietnam’s National Assembly on June 14, 2019 to pass a bill on preventing harmful effects of alcohol. Video: Tien Long

Following today’s passage, the law, with the toughened stance on drink-driving, will take effect on January 1, 2020.

Currently, Vietnam only bans automobile drivers from having any level of breath or blood alcohol concentration.

The new law will also ban advertising alcoholic beverages on television and other media platforms between 6:00 pm and 9:00 pm, with the exception of programs relayed from foreign broadcasters.

Advertising alcoholic drinks to persons under 18 years of age or employing underage actors in alcohol adverts are strictly banned under the new law.

No advertisements are allowed for drinks with an alcohol content of 15 percent or more.

Consumption of alcoholic beverages in some public areas or at the workplace and schools during office hours is also banned.

E-commerce sites must impose measures to prevent people under 18 years of age from viewing and buying alcoholic beverages.

Non-cash payment methods are encouraged in the purchase of alcoholic beverages for better monitoring.