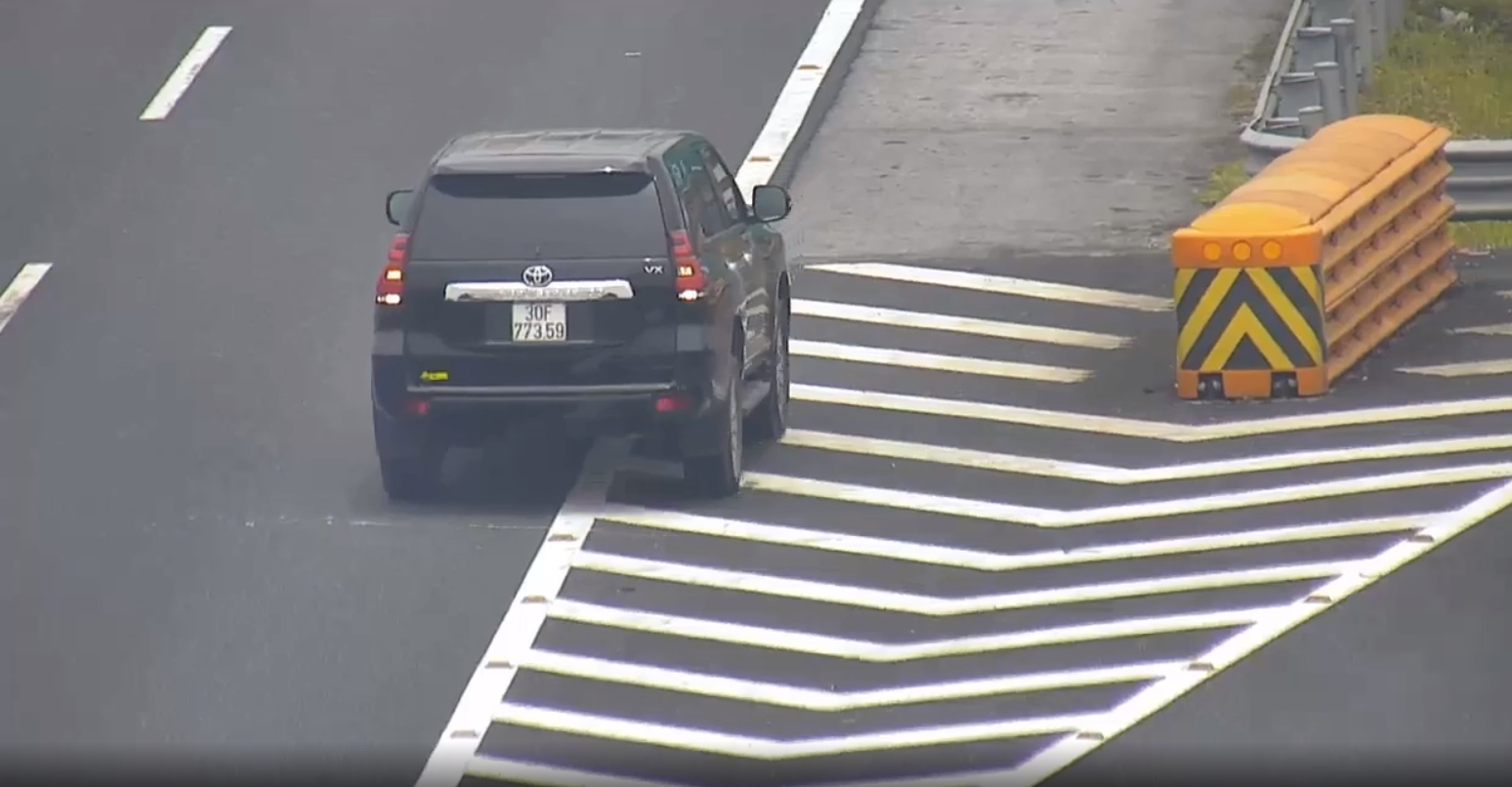 A total of three automobiles were caught on CCTV driving in reverse along an expressway in northern Vietnam in three separate incidents on Sunday morning after apparently missing the exits of the route.

The cases all happened along the Hanoi - Hai Phong Expressway, which connects the two northern cities.

The first vehicle, which was a black van bearing the number plate 70B-018.56, was filmed backing up along the hard shoulder of the road at around 9:50 am in order to make an exit to National Highway 10.

One man was seen getting out of the van to warn oncoming traffic as the vehicle continued driving in reverse.

At 10:19 am the same day, a car, whose plate number was 14A-162.03, committed a similar violation to leave the expressway and head toward National Highway 38B.

Another automobile was filmed exiting the route to reach National Highway 10 using the same method at 10:40 am.

All of the three drivers appeared to have missed the exits of the expressway, thus they decided to back up their cars to leave the route.

The operator of the expressway affirmed that all directions and exits are clearly displayed on the signboards that are planted along the road.

The CCTV footage has been submitted to authorities to decide on penalties for the violators.

It is extremely dangerous to drive a car in reverse along an expressway as vehicles usually travel at high speed, the operator added.

On Friday of last week, a car was also caught backing up on the Hanoi-Hai Phong expressway and was nearly hit by a fuel truck as it made an exit to National Highway 10.