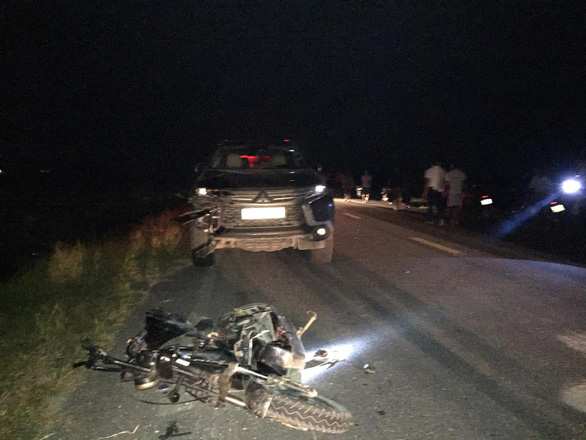 Three children aged four to 12 were killed after an automobile hit their electric bicycle from behind in the north-central Vietnamese province of Ha Tinh on Tuesday evening.

The accident occurred along a section of provincial highway No. 11 in Cam Huy Commune, Cam Xuyen District at around 7:30 pm.

Eyewitnesses stated that the seven-seater car was traveling on the road when it crashed into the back of an electric bicycle carrying three children.

The victims were knocked off the bike and threw onto the side of the road.

They were killed on the spot due to serious injuries.

The three children were later identified as Nguyen Thi Huyen and Nguyen Thi Dung, both 12, and four-year-old Tran Gia Huy.

The electric bicycle was severely damaged following the accident.

The car driver, identified as 33-year-old Hanoi resident N.M.T., left the scene after the crash.

He turned himself in to police officer later the same day, Thanh Nien (Young people) newspaper reported, adding that a test showed the driver was not under the influence of alcohol.

The provincial Department of Police has initiated an investigation into the case.