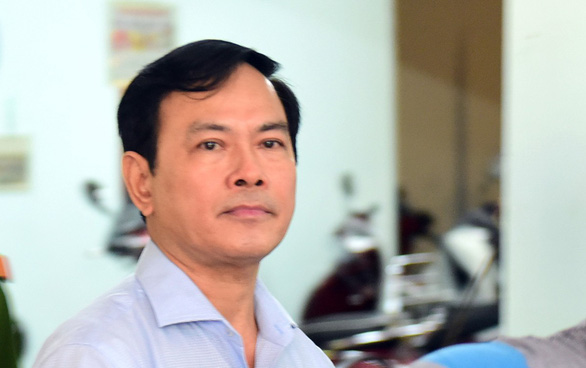 Police in Ho Chi Minh City maintain that a former procuracy official has to be indicted for child molestation, despite results of an additional investigation that find insufficient grounds to conclude whether or not the sexual harassment occurred.

It has been more than three months since Nguyen Huu Linh became a notorious name after CCTV footage of him grabbing and kissing a young girl in an elevator of an apartment building in Ho Chi Minh City went viral online.

The alleged sexual harassment occurred at the Galaxy 9 Apartment Complex in District 4 at around 9:10 pm on April 1.

Linh, 61, is a former procuracy official from the central city of Da Nang, while the girl, referred to only as C. for legal reasons, is between five and seven years old.

In late May, following an investigation by local police, the People’s Procuracy in District 4 officially charged Linh with molesting a child under the age of 16, a crime punishable by up to three years in prison.

He appeared at court on June 25 but he was allowed to leave shortly after his trial opened, for the court decided to return the case file to prosecutors so that a further probe could be conducted.

The criminalistics division under the municipal police department, which was requested to examine the video footage, released results of their analysis on July 11.

Accordingly, police said they found insufficient grounds to state whether or not Linh’s left hand was touching any of the girl’s front body parts, as only his back could be seen from the CCTV during that very moment.

Upon learning of the results, lawyer Tran Ba Hoc, Linh’s attorney, filed a petition asking the police, People’s Procuracy and People’s Court of District 4 to suspend the case and drop the accusation against his client.

However, Senior Lieutenant Colonel Pham Xuan Thao, deputy chief of police in District 4, said this additional investigation alone does not decide whether or not Linh is guilty, according to Lao Dong (Labor) newspaper.

Thao underlined that District 4 police maintained their view in this case and had therefore made a fresh request that the district procuracy indict Linh for molesting an under-16-year-old person.

The victim’s statement also plays an important role in the probing.

During a working session with investigators on April 3, C., the young girl, recalled that Linh had approached her when they were alone inside the elevator and began kissing her left cheek.

“I tried to resist but he continued kissing me one more time,” the victim continued.

According to C., Linh was holding her shoulder with his right hand, while his left hand was on her stomach while he was kissing her.

As she stepped away, Linh used his right hand to grab her chest and pull her toward him.

The girl was only able to run away when the elevator door opened.

Linh previously admitted to hugging and kissing the little girl on her cheek during a police interrogation, but he claimed his actions were triggered by a combination of alcohol and how “adorable” the little girl was, rather than any sexual desire.

The victim and her family also said all what Linh did with the girl was only kissing her and there were no such actions as grabbing or touching her sensitive parts.

The victim’s family said prior to the trial on June 25 that they would prefer criminal charges not to be brought against Linh, instead stating they only wanted a formal apology, explaining that the girl was not harmed.

Vietnamese law, however, allows police to overrule the family's wishes and press charges if they see fit.