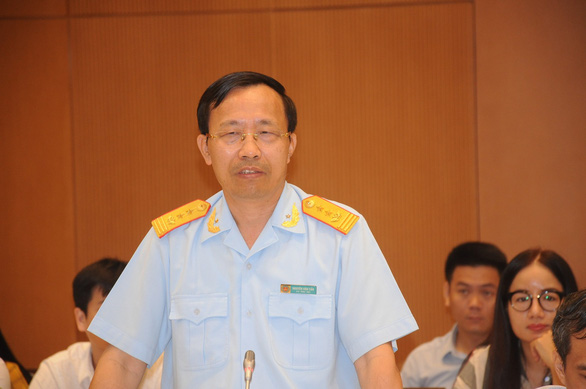 A subsidiary of Asanzo, a Ho Chi Minh City-based electronics manufacturer, is being probed for allegedly faking the country of origin of its imported goods before distributing them in the domestic market, Vietnam’s customs chief said Thursday.

The General Department of Vietnam Customs has recently initiated legal proceedings against that company, the agency's head Nguyen Van Can told a meeting in Hanoi, without specifying the name of the business.

“This is a case of counterfeiting labels and we are working to verify it,” Can stated.

The conference, chaired by Deputy Prime Minister Truong Hoa Binh, was aimed at reviewing the tasks of the National Steering Committee for Combating Smuggling, Commercial Fraud and Counterfeit Goods in the first half of 2019, as well as implementing new missions in the upcoming time.

Speaking at the gathering, the head of the General Department of Vietnam Customs stated that trade fraud, including forging Vietnamese origin and faking the origin of imported goods, has become very complicated in the Southeast Asian country.

Violators commit such offenses in order to evade taxes and the mandatory quality inspection of their products, the customs chief elaborated.

Can went on to mention the specific investigation of the Asanzo subsidiary, which allegedly sold imported products, whose country of origin was altered, in Vietnam.

The official underlined that Vietnamese customs officers would work carefully to gather sufficient legal grounds regarding the case.

“Many believed there is not enough legal basis to deal with this case, but we will make a comprehensive evaluation and collect sufficient grounds during the probe,” he said.

Also at the meeting, Can said customs officers would in the next two weeks provide their conclusion regarding the violations of intellectual property, and production and consumption of counterfeit goods, which were committed by a number of enterprises specializing in electronics, refrigeration, and cosmetics.

Asanzo Vietnam JSC is the manufacturer of such electronic products as televisions, air conditioners, refrigerators, and other types of household appliances.

Earlier this week, Ho Chi Minh City police said they had begun legal procedures against Sa Huynh Trade and Production Company for smuggling, after it was found importing 1,300 electric ovens, all of which were labeled with the Asanzo brand, from China but incorrectly declaring them as electronic components.