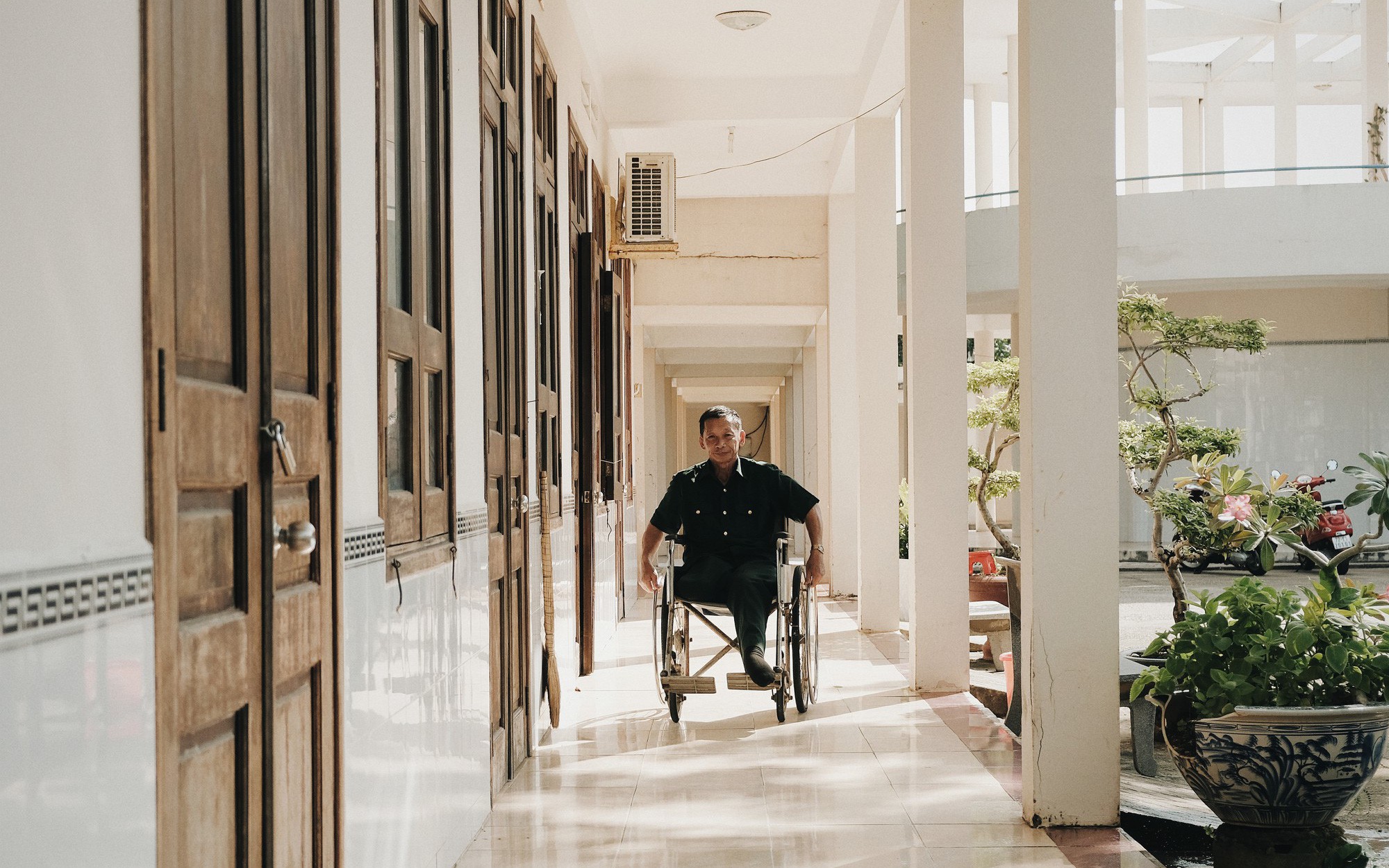 The southwest border defense war ended with a joint victory for Vietnam and Cambodia in 1979, but it left behind another fight – the battle of many Vietnamese war invalids against the post-war pain of injuries and diseases.

As many as 58 war invalids are currently treated at the Long Dat Wounded Soldiers’ Nursing Center located in Long Hai Town, Long Dien District of the southern province of Ba Ria - Vung Tau.

Most of them used to be volunteer soldiers to Cambodia in the southwest border defense war that ended 40 years ago.

They suffered injuries on 81 percent or more of their bodies, with some having spent more than 15 years living there.

The sequelae of spinal wounds made the lower half of their body or even their whole body atrophy and caused loss of feelings, resulting in incontinent personal activities. They thus need the help of a nurse for all day-to-day routines.

Some of the war invalids at the Long Dat Wounded Soldiers’ Nursing Center have never once had a chance to return to their homeland since their hospitalization.

But defying all those pains and sufferings, they choose to live a positive and happy life, which is proved by their excited, lighthearted chat every time someone recalled stories of the wartime.

Some more fortunate war invalids recovered from their pains and have moved out of the nurrsing center to continue life with their families.

Below are photos capturing slices of life of the war invalids at the Long Dat Wounded Soldiers’ Nursing Center.