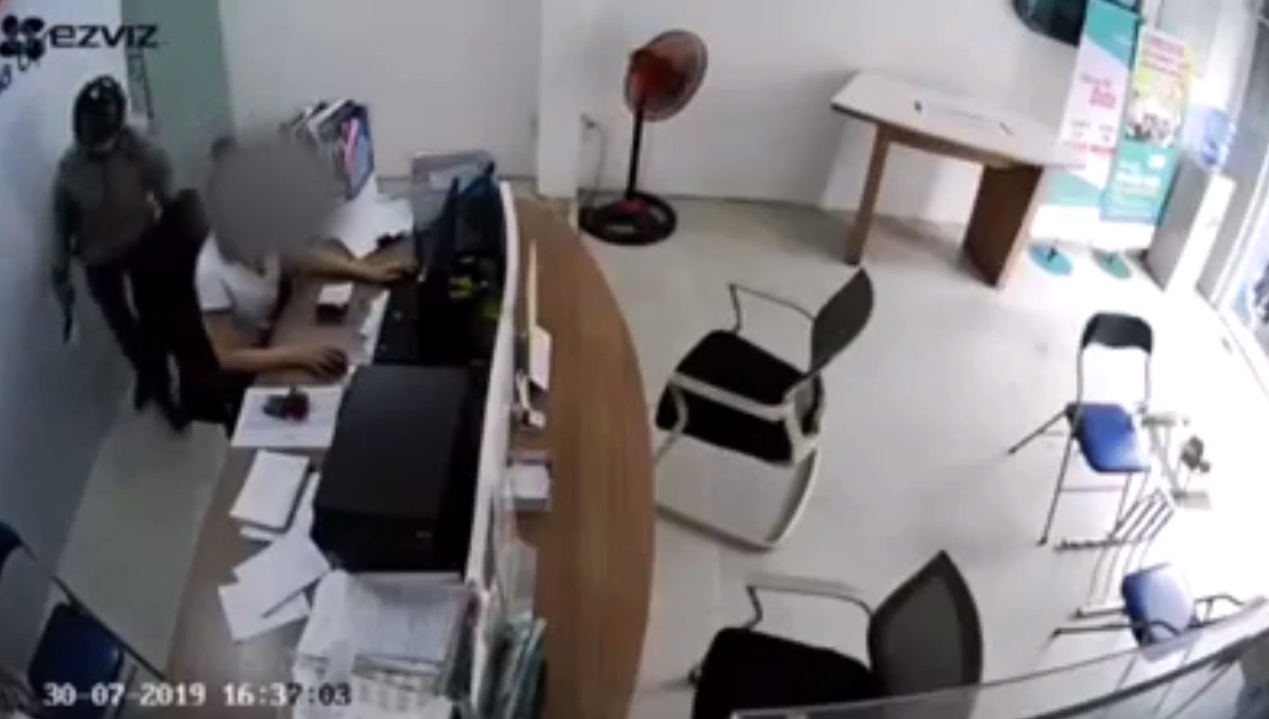 Police in Ho Chi Minh City are hunting for a man who attempted to rob a local store with a knife but was forced to flee when a female attendant fought back.

The incident, which was recorded on the shop’s CCTV system, has gone viral since being uploaded to social media.

According to police officers, the robbery took place at a store on Thach Lam Street in Tan Phu District late Tuesday afternoon when V.N.P., a 28-year-old employee, was alone at the venue.

The suspect arrived at the facility on his motorbike at 4:00 pm and asked to use the shop’s money transfer service to wire VND50 million (US$2,150) to an account, but the shop did not have enough money to fulfill the request.

The man left the store but returned about 30 minutes later and asked to use the transfer service again, this time to wire just VND10 million ($430).

While P. was conducting the transaction on her computer, the robber approached her from behind, held a knife to her throat, and attempted to rob the store.

P. resisted the attack and the two found themselves wrestling with each other until the knife fell from the attacker.

She grabbed the weapon and chased after the suspect as he fled the scene on his motorbike.

According to the CCTV footage and victim’s statement, the man was about 165 centimeters tall and had southern Vietnamese accent.

His face was covered with a mask and he wore a gray sweater, black pants, and a black crash helmet.

Officers have initiated a manhunt for the suspect.